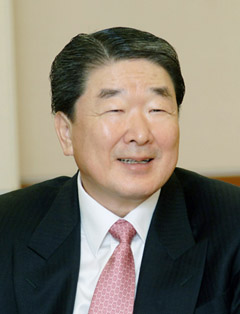 Sources with the nation’s second-largest electronics maker said the change came on Monday.

The four marketing groups were formerly divided according to product type: home appliances, mobile communications, home entertainment and air conditioning & energy solutions. While the divisions set up marketing strategies independently in the past, the reformulated GMO will have a more consolidated approach when it comes to promoting LG’s products overseas.

“The consolidation is aimed at a synergy effect,” said an LG Electronics spokesman. “Although there has been organizational change, the workers won’t have major changes in their job responsibilities.”

GMO, established in October 2010 when Koo was promoted to his current post, establishes and supports the company’s overseas business.

The 61-year-old top manager is the younger brother of the company’s chairman, and both are grandsons of the LG founder. LG was formerly known as Lucky Goldstar.

The latest reform has brought some 200 additional workers to the office, turning it into a mammoth organization with 300 employees.

Since its long-time domestic rival Samsung has leapfrogged it as a global IT star to rub shoulders with Apple in recent years, LG has suffered sagging sales and a loss in name value both at home and abroad.

Its sales in the first quarter ending June 30 declined 7.1 percent on-year to 12.23 trillion won ($10.7 billion). That is less than one-third of Samsung Electronics’ quarterly sales revenue of 45.27 trillion won.

Although its operating profit in the first three months of the year surged to 448 billion won, up from 317 billion won from a year earlier, its global smartphone sales tumbled 10.9 percent from the previous quarter to 4.9 million units.

Its overall operating profit improved after it resolved liquidity issues and increased its capital by issuing 1 trillion won worth of stocks last December.

In 2009, LG Electronics was the world’s No. 3 in terms of mobile phone sales, following Nokia and Samsung Electronics, accounting for 10 percent of the market share.

But its handset business turned into a loss-making business as it, while concentrating on feature phones, failed to catch up with Apple and Samsung Electronics.

“Whether LG’s smartphone business will recover depends on its second-quarter market share,” said So Hyun-chul, an analyst at Shinhan Financial and Investment, in a recent report. “It should have sold over 6 million units of smartphones during the three months to retake the 4.6 percent share seen a year earlier, its record-high market share.”