Rights activists held in China to be exchanged

Rights activists held in China to be exchanged 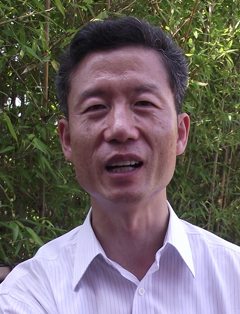 “Either before or after the release of four South Korean activists in China, four to five Chinese convicts who are currently serving sentences in Korea will be handed over to China,” said a senior official yesterday.

Meng arrived in Seoul yesterday. His visit comes more than three months after South Korean activists were arrested on March 29 in Liaoning Province, northeastern China, on charges of endangering the country’s national security. The four activists are known to have helped North Korean defectors in China. 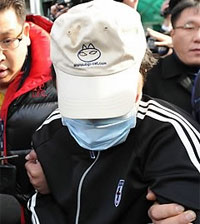 Kim Young-hwan was a leading propagator of North Korea’s juche (self-reliance) ideology in the South in the 1980s and 1990s, but he had a change of heart and became an activist against the communist regime.

Ever since their arrest, South Korean officials and other human rights activists have been trying to negotiate for their release. Last month, their families sent a letter of appeal to Chinese President Hu Jintao through the Chinese Embassy in Seoul.

Until the senior government official’s comment yesterday, the dealings in the case have been kept under wraps.

The Chinese convicts who may be swapped for the South Koreans include a 36-year-old Chinese fisherman surnamed Wang who was arrested for threatening a South Korean maritime police with a weapon in April. Also included, according to the senior government official, is the 38-year-old Chinese man surnamed Liu who threw four Molotov cocktails at the Japanese Embassy in Seoul in January.

Speculation mounted this week that the fate of the four South Korean activists would be high on the agenda for Meng’s visit to Seoul. Meng is the first Chinese public security minister to visit Seoul on an official trip since the two countries established diplomatic relations in 1992.

He is also scheduled to meet with Korea’s Foreign Minister Kim Sung-hwan and Justice Minister Kwon to discuss cooperation in diverse areas including consular and immigration services, according to Ministry of Foreign Affairs and Trade.