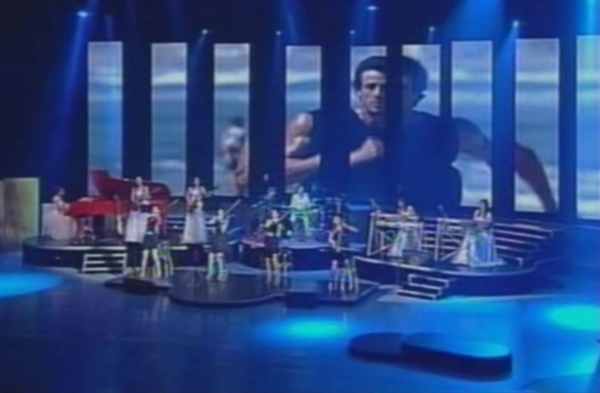 Clips from the American film “Rocky” accompanied a performance of its theme song by the newly-formed Moranbong troupe at a concert in Pyongyang on July 6 attended by North Korean leader Kim Jong-un. Previously, it was reported that the performance featured Disney characters on stage, an act which was not approved by the American company. On July 11, North Korea’s Korea Central Television broadcast the whole performance. [YONHAP]