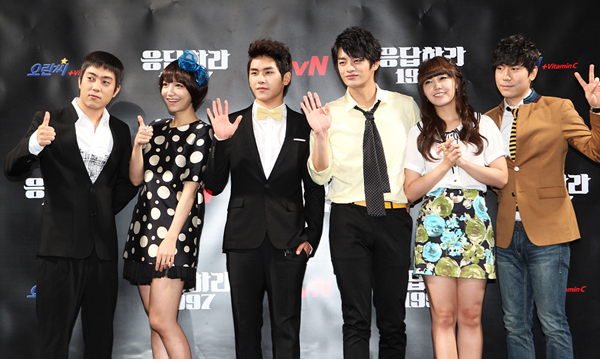 Aptly titled “Respond 1997,” the 16-part series will focus on the extreme fan culture that emerged in the 1990s when idol groups took center stage and K-pop was blossoming.

Moving back and forth between the ’90s and today, the story centers on the life of high school friends in Busan. The most notable character is an 18-year-old girl named Sung Si-won (played by Jung), who is infatuated with a boy band member.

Referred to as a bbasooni, a term coined to describe obsessive girl fans, Sung’s undying devotion to her oppa is explored in the drama that examines the social phenomena of celebrity idolization.

Jung said that although she’s never been one to obsess over boy bands, she can empathize with fans as an idol singer. “I see just how much our fans appreciate us, and I guess I can emphasize with the character I’m playing because I see it happen up close,” Jung said.