Fate of Kaist’s Suh to be voted upon next week

Fate of Kaist’s Suh to be voted upon next week 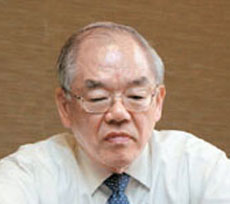 The board of directors of Korea Advanced Institute of Science and Technology (Kaist), the country’s famed polytechnic institution, will vote next week on whether to cancel the remaining two years of the contract of president Suh Nam-pyo, 76, who has been under fire after five students and one professor committed suicide.

Kaist said yesterday that 16 members of its board will take a vote at a meeting Friday. Oh Myung, 72, president of the board of directors, made the decision with the board late Thursday and notified the Ministry of Education, Science and Technology. Kaist is a government-funded institution.

Suh seems likely to be fired. Only three board members support him, according to staff members.

“Suh has lost the faith of professors because he was so self-righteous when establishing new policies,” Gyeong Jong-min, chairman of the faculty council, told the JoongAng Ilbo. “He should step down.”

“I’m not going to resign from my position voluntarily,” Suh said in a phone interview with the JoongAng Ilbo. Suh said he will hold a press conference as early as Monday.

The board of directors has demanded Suh resign since January in the wake of the students’ deaths. Suh’s tough policies were thought to lead to the student’s suicides. He wanted lectures to be given in English, which was hard for many students, and had a policy that chipped away at students’ scholarships when their grades fell.

Suh said the policies were needed to produce world-class engineers.

Suh also made enemies with professors when he declared he would tighten up tenure policies. He said the school would weed out professors who neglected their research works.

This spring, relations between the faculty and Suh became particularly ugly. A faculty council accused Suh of stealing a patent of a Kaist professor, and Suh sued four professors for defamation in March.

Suh survived a board of directors’ meeting in February but four board members who supported him were replaced.

If his contract is canceled, Suh should step down from his position within 90 days. The ministry must pay Suh’s two remaining years of salary totaling 800 million won ($695,200).

“It was predictable but I honestly can’t understand why the board of directors and the education ministry are in a rush to cancel the contract,” a spokesman of Kaist told the JoongAng Ilbo. “It’s a waste of tax money.”

Suh took office in 2006 and is the first Kaist president to serve two consecutive terms, being re-elected in July 2010. He instituted ambitious plans in 2007 to raise standards at the university, such as the stricter tenure rules.

But his most controversial move was making Kaist’s full scholarships for its students dependent upon their grades so that students with grade point averages below 3.0 would be obligated to cover part of their tuitions.

Before Suh’s presidency, all Kaist students received full scholarships, regardless of grades.