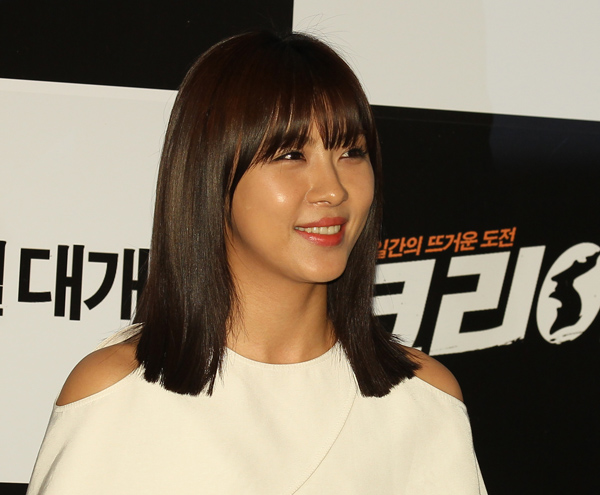 
Actress Ha Ji-won has her eyes set on Ha Jung-woo as her next acting partner.

“I want to act with Ha Jung-woo at least once,” Ha Ji-won said at a KBS celebrity report show televised on Saturday. “He is attractive as an actor.”

Ha, a 34-year-old actress who won the 2010 Top Excellence Award from SBS, has starred in movies and dramas with many of Korea’s heartthrob actors including So Ji-sub, Hyun Bin, Lee Seung-gi and Lee Seo-jin.

Ha Jung-woo, 34, made another impressive performance as a gangster in “Nameless Gangster: Rules of the Time,” one of the biggest box-office hits this year.

The two Has are scheduled to attend the opening ceremony of the Puchon International Fantastic Film Festival, slated to be held in Bucheon Gymnasium, west of Seoul, on Thursday. Both were named to receive Pifan producers’ choice awards last week.

“They are equipped with both perfect acting and box-office values and are on the path of completing impressive filmographies under their names,” the Korean Film Producers’ Association said.