Hyundai’s joint venture will offer financing of cars in Britain

Hyundai’s joint venture will offer financing of cars in Britain 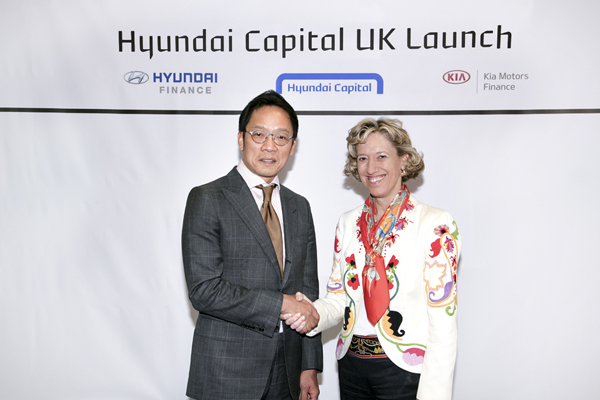 The launch of the 36 billion won ($31.3 million) joint venture is a breakthrough for Korea’s No. 1 consumer finance company in auto financing given that it became the captive finance provider to Hyundai Motor and Kia Motors dealerships throughout the United Kingdom, industry sources said.

Hyundai and Santander Consumer Finance each controls a 50 percent stake of the joint venture.

This is the first time that a Korean consumer finance company has launched services in England, according to Hyundai Capital.

“Korea’s banking and other financial institutions have entered overseas markets in the past, but their business was limited to dealing with Korean employees working abroad, Korean companies’ overseas offices and sending up-to-date information on overseas markets to the headquarters in Korea,” said Lee Yong-wook, a spokesman for Hyundai Capital. “The launch of the joint venture Hyundai Capital U.K. is significant in that it will provide financial services for British customers in auto financing and corporate financing.”

It operates in 17 countries in Europe including England, Germany and Austria with 15,300 employees and more than 15 million customers.

This is the second joint venture between Hyundai Capital and Santander. The two firms previously set up Hyundai Capital Germany in 2009 which provides auto finance consulting services.

Officials at Hyundai Motor Group said they expect to ramp up their British auto sales with the launch of Hyundai Capital U.K.

“I am delighted that one of Korea’s most dynamic and energetic companies has joined forces with one of Europe’s leading banks and chosen the U.K. as its headquarters to serve Hyundai-Kia’s expanding European customer base,” said Scott Wightman, the British ambassador to Korea. “This ￡20 million investment is further evidence of the U.K.’s position as the destination of choice for Korean investors to the European Union.”

Santander Consumer Finance said Hyundai Capital U.K. will provide knowhow and expertise in the auto finance market to Hyundai Motor and Kia Motors as a key driver to support their future growth in the U.K.

“Customers and dealers will be receiving market-leading financial products and top-class services,” said an official at Santander Consumer Finance.