Belgian envoy calls music a key way to up relations

Belgian envoy calls music a key way to up relations 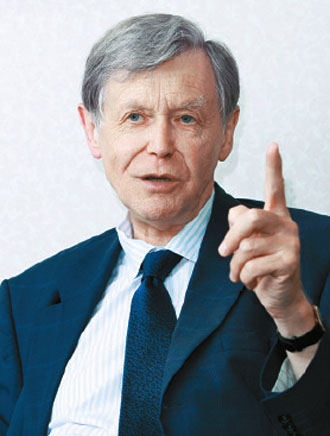 Pierre Clement Dubuisson, the Belgian ambassador to Seoul, has said that one of the best ways to develop bilateral relations between the two countries is through boosting cultural cooperation.

Wrapping up his four-year term in Seoul that ends on Aug. 14, the 63-year-old ambassador said in an interview with the Korea JoongAng Daily yesterday that he has dedicated himself to developing cultural relations with Korea, holding large-scale performances annually.

“We have developed a number of cultural projects over the last four years, one big project each year,” he said. “However, I don’t like to bring local musicians to another country’s prestigious event and make them perform, because I think that is often quite superficial.

“In my opinion, there’s one best way to develop cultural cooperation between two countries. That is co-production.”

The ambassador brought up the idea of forming an intercontinental, multiracial orchestra composed of not only Belgians and Koreans, but musicians from other European and Asian countries. In 2010, the embassy succeeded in forming the group.

“There were Portuguese, Spanish, Italian, French, Danish, Dutch, British and other European musicians,” he said. “From Asia, there were 15 young Koreans and one musician from China. “They played eight concerts in Korea, and reached out to thousands people. I’m still connected with those musicians through my Facebook account, and witnessed that there’s been growing communications between the EU and Korean musicians since then.”

In 2011, the Belgian Embassy hosted a full-scale classical music concert, to celebrate the 110th anniversary of diplomatic ties between the two countries, with the symphony orchestra of KBS, inviting famed conductor Patrick Davin and cellist Didier Poskin.

“In 2012, the main project was called Histoire du soldat, or the soldier’s tales, composed by Igor Stravinsky. This performance premiered in Korea, and the main actor was Korean, using a puppet created by a Korean designer. The second main role was played by a Belgian - the orchestra is half-Belgian and half-Korean.

“There were six performances in Korea, in Busan and Seoul. This performance will be taken over next year in Belgium.”

During his term, the largest visit of a Belgian delegation to Korea was the one led by Prince Philippe in 2009, greeted by President Lee Myung-bak. At the time, roughly 220 Korean entrepreneurs attended a luncheon with the Belgian business delegation.

“The prince was here in 2009, representing about 50 enterprises under his leadership,” the ambassador said. “A number of contracts were signed between enterprises, such as in electronics and academia.

“There were also MOUs signed between Busan and Belgian harbors. Two main Belgian harbors specialize in handling containers, and one of them is where most Korean cars enter the European market.”

Another sector that the ambassador directed his efforts toward was academic cooperation. He said that some Belgian universities specialize in biotechnology and green energy.

“We don’t have many Korean students in our universities, except those studying music,” he said. “But we have universities specializing in other sectors, such as biotechnology. We also have very good green energy researchers.”