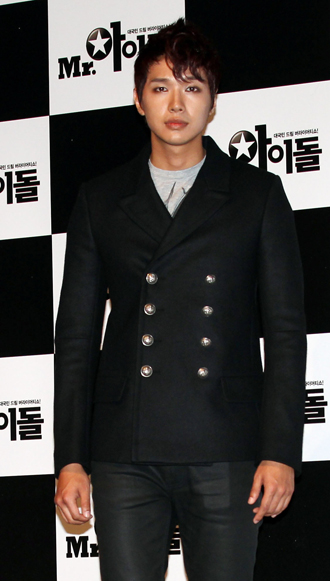 Actor and singer Ji Hyun-woo will meet fans one last time on Sunday before entering the Army on Aug. 7.

Ji’s agency announced he will meet with about 500 fans as a sort of “farewell event” at Bear Hall in Samsungdong, southern Seoul.

Next month, the 27-year-old will enter a training facility in Chuncheon, Gangwon province. He was supposed to enter July 3, but had to postpone the date because of medical treatments.

“We submitted the request to the Military Manpower Administration on June 28 and were granted the postponement until he receives the medical attention needed,” said a spokesperson from Ji’s agency earlier this month.

The star’s agency said the actor was hurt while shooting scenes on horseback for the drama in which he also found love with his co-star Yoo In-na. It is unknown whether she will be there Sunday.

On his Web site Ji called the fan meet “my last concert in my 20s. See you there!”