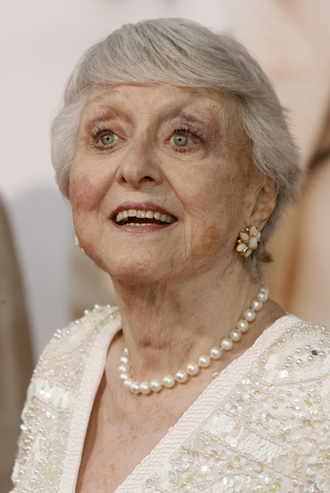 Oscar-winning actress Celeste Holm - the original girl who couldn’t say no in the musical “Oklahoma!” - has died aged 95, her family said.

Holm, who won the best supporting actress Academy Award in 1948 for “Gentlemen’s Agreement” and later appeared in “High Society” (1956), died at her home in New York.

She was hospitalized a week ago, said her niece Amy Phillips, cited by CNN. “She passed peacefully in her home in her own bed with her husband and friends and family nearby,” she said.

Holm also garnered Oscar nominations in 1950 for “Come to the Stable,” in which she played a French nun, and in 1951 for “All About Eve,” which starred Bette Davis.

The New York-born actress made her professional debut in a production of Shakespeare’s “Hamlet” starring Leslie Howard and got her first big part on Broadway in 1940, opposite Gene Kelly.

The role in which her name was Ado Annie was in the original production of “Oklahoma!” in 1943 where she sang the show stopper, exclaiming: “I Can’t Say No!”

She signed with 20th Century Fox and went to Hollywood to make a series of movies starting with “Three Little Girls in Blue” in 1946. “Gentlemen’s Agreement” was her third film.

But she longed for the stage and returned to Broadway, doing only two movies in the 1950s - “The Tender Trap” in 1955 and “High Society” the following year.

She once said of her wisecracking smart girl image: “I hated that. It’s stereotyped. I only played that kind of role in two pictures and that was enough, thank you. It’s not me.”

She also began taking television roles, including her own series “Honestly Celeste,” and for two decades was a regular in TV series, mini-series and films made for television.

In 1957, Holm, the daughter of a Norwegian insurance adjuster and a U.S. writer-artist mother, was made a Knight 1st Class of the Order of St. Olav for her help in saving one of Norway’s national treasures: a schooner.