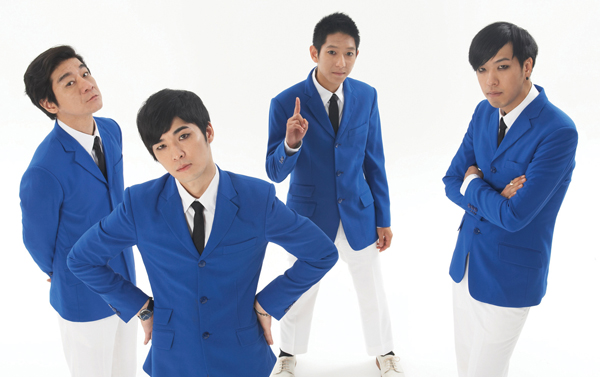 
Cha Seung-woo of The Moonshiners is part of the first generation of indie rockers in Korea. He has seen the movement rise from the grungy clubs of Hongdae during the 1990s to the stages of mega summer festivals.

Starting out as one of the founding members of punk rock band No Brain, Cha has performed at many rock festivals in and out of Korea including the Fuji Rock Festival in Japan and Jisan Valley. This year, Cha’s band will be performing at the Pentaport Rock Festival.

He talked to the Korea JoongAng Daily about the growing festival scene and how foreign bands may not be the key to rock ’n’ roll growth.

Q. So many new music festivals are taking place in Korea this year. How do you feel about them?

A. I don’t feel animosity towards these new festivals per se, but I think Korea still has a long way to go. Compared to when I started out as a musician in the 1990s, the rock and indie music scene here has grown immensely in terms of the variety of genres and types of music being made and I think these new festivals can accommodate this variety. Now there are festivals for very specialized genres, from electronic music to hardcore rock. However, rock festivals here are still very hung up on getting big name bands from abroad, which means Korean bands tend to play second fiddle.


So are you saying that local musicians don’t get the same treatment from rock festivals here compared to foreign acts?

There is a bit of a double standard at these festivals in Korea. For example, when I performed at the Fuji Rock Festival during the late 1990s as a member of No Brain, the organizers were very professional.

They gave us our own Fuji manager to take care of stuff from accommodations to sound. But when I make an appearance at Korean festivals, the caretaking is a bit negligent - everything from catering to sometimes having no air-conditioning backstage. And local bands have to share one sound engineer at these festivals, even though these bands all require different sound production, where as foreign bands bring their own roadies and sound engineers.

You are performing at Pentaport this year. How does Pentaport compare to other such festivals in Korea?

It’s the oldest and it set the tone for the rock festival scene in Korea. But I think with new festivals popping up, Pentaport is somewhat losing its ground.

Nevertheless, I really enjoy performing at these festivals. The Moonshiners started as a club band and it’s great for us to be able to share our energy in big open spaces during these festivals.