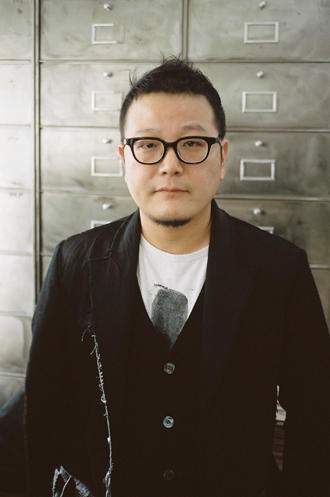 Menswear designer Choi Chul-yong launched his own label CY Choi in Paris three years ago and returned to Korea a year later after gaining name recognition in Paris. “They think highly of fresh ideas from budding designers,” Choi said.Provided by CY Choi

In the fast-changing world of fashion, Seoul’s global fashion project is something of an anomaly.

The Seoul Metropolitan Government has struggled to find new talent for its annual showcase and the lineup of designers has changed little over the past three years.

But this year, there’s a new kid on the block with the addition of Choi Chul-yong as one of the 10 designers selected to receive a year of municipal support with the aim of raising the city’s status as a new fashion powerhouse.

With benefits including one-to-one brand consulting and a joint showroom in the fashion capital of Paris, the city of Seoul’s annual “Seoul’s 10 Soul” project selects designers who are already successful in Korea or have the potential to become global trend setters.

Choi, 40, is relatively old to be considered a fashion world newbie, but his menswear label CY Choi was a perfect fit for the “Seoul’s 10 Soul” project.

Launched in Paris three years ago, Choi’s seamless, clean and simple lines with high-quality fabrics caught the attention of international buyers who flocked to France to find the next big thing to cater to the global fashion market.

Without the help of a public relations agency, Choi’s spring-summer collection of clothes for next year already has been selected by high-end shops in 12 countries, including the United States, Russia and Singapore.

In addition to being chosen for “Seoul’s 10 Soul” project, Choi received the Samsung Fashion and Design Fund Award, which gives designers $100,000. 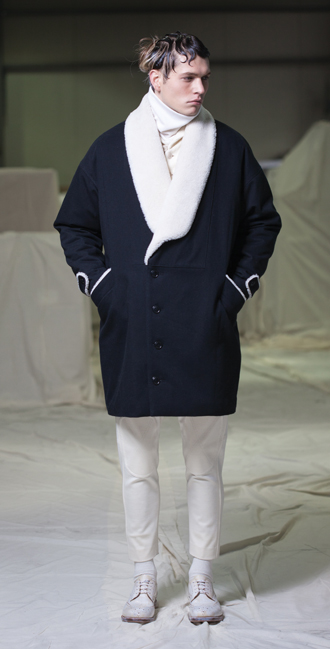 Part of Choi’s fall/winter collection for this year. Model wears a black wool/cotton coat with wool lining. The pants are made with wool jersey. Provided by CY Choi

The first recipient of the award seven years ago was a Korean-American designer, Doo-ri Chung, whose one-shoulder deep purple dress was worn by First Lady Michelle Obama at a state dinner for President Lee Myung-bak and First Lady Kim Yoon-ok last October.

“I know what I want, but there are times when you doubt yourself,” said Choi.

“When I was chosen as one of designers selected for the ‘Seoul’s 10 Soul’ project, it was like a pat on the back just at the right time.”

Choi majored in soft sculpture in college and clothes design in graduate school in Seoul. Then, he went to Milan to study fashion design at Domus Academy.

After graduation, he worked as a design consultant in the Italian fashion city for eight years before launching his own label at the age of 37.

Q. Why did you choose Paris, instead of Seoul, to launch your own brand?

A. It was natural for me because I think I knew the European market better than that of Korea. In addition, newbie designers can easily launch their own brands there even if they don’t have a lot of money. Since the business is showroom-based, buyers from all over the world visit and purchase clothes.

I don’t underestimate the Korean market, but I believe it is better for budding designers to start in Europe or Japan and then return to Korea.

What makes you think so?

British and Italians are willing to buy the clothes of new designers because they’ve seen new labels become high-end brands. They don’t even ask why the clothes are expensive.

You need a period of time to build up brand recognition in Korea, though. It’s hard to find Korean designer clothes from luxurious multi-label shops because customers are not interested in young brands.

But I think the Korean fashion industry is transforming. Currently, the designer clothes market is heavily focused on casual brands, but if the casual market settles down, people will probably move on to high-end brands as well.

You’ve spent a decade in Milan and Paris. Do you think the Korean menswear fashion market has changed much during that time?

It is totally different. While I was staying in Milan, I came to Korea three times a year for brand consulting for a Korean casual label.

Some fashion bloggers seem to know more about fashion than me. There were no multi-label shops when I left for Milan in 2001. It means that we didn’t have opportunities to get to know foreign brands in Korea.

But things have changed a lot. We can get access to a certain designer’s collection through the Internet and multi-label shops. I think fashion’s base has become a lot bigger.

What is your philosophy when making clothes?

Clothes have to be progressive, but they should be human-centered and make their wearers feel cool and look great.