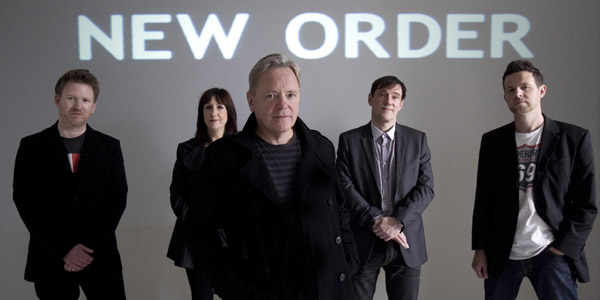 
The tumultuous 32-year history of New Order reads like an epic Hollywood romance. Like any grand love-hate relationship worth a mention, the arc of their story is both tragic and uplifting, with disparaging lows and inspirational highs.

As the spinoff band of the legendary Manchester band Joy Division, New Order formed in 1980 after the suicide of Joy Division’s charismatic lead singer and lyricist Ian Curtis. Its popularity grew along with the Manchester club, the Hacienda, in which the band started out and later invested. The Hacienda, which during the 1980s became a hotbed for the new wave of British dance music, and the band have inspired books and films, including “24 Hour Party People” (2002) and “Control” (2007).

Throughout its three decades, New Order endured well-documented conflicts among members, splits and subsequent reunions, drug abuse and financial troubles. In its formation, the remaining members of Joy Division - Bernard Sumner, Stephen Morris and Peter Hook - joined with Gillian Gilbert to form New Order. Although the band scored international hits, critical success and worldwide tours, it went on a five-year hiatus starting in 1993.

In 2007, Peter Hook split from the band, a departure that band members discovered through the media.

All the while, New Order produced eight full-length albums that put Manchester on the rock map, including underground rock anthems like “Blue Monday” and “Regret.”

New Order’s triumph lies in its own resilient reinvention. While Joy Division’s moody lyrics and post-punk, neo-psychedelic rhythms attracted gloomy suburban youths looking for an alternative to the simple directness of punk bands like the Sex Pistols, New Order steadily carved its own path with uniquely transcendent dance tunes that inspired a slew of alternative rock bands from around the globe.

Next month, New Order will perfperform in Korea for the first time at the Super!Sonic Festival in Olympic Park, Seoul.

Q: To put it briefly, New Order has survived a lot - a suicide, several splits and reunions, financial troubles and more. What has kept the band together all this time?

A: I think some of our experiences as New Order were pretty chaotic at times, but I guess we weren’t that bothered after all. We did achieve great things, but we’re very different people. I think, actually, there were a lot of meaningless obstacles created by ego. There were differences. You always have to compromise if you’re working with other people.

Along our way we’ve learned to find ourselves and really be honest with the music and the band. I think the story of New Order is all about learning from our mistakes. I still think we’re the greatest band. The best thing about splitting up last time is knowing we won’t split up for the same reason again. We’ve had it large and that was very nice. Now we just want to write new songs. And there’s really nothing better than that.

Do you think New Order now has completely detached itself from the legacy of Joy Division and the whole Manchester scene of the 1980s?

I don’t know if you’d want to say it that way really. Joy Division was an absolutely fantastic band. It wasn’t as if we were trying to escape as such, it was a way of getting on with doing something that wasn’t Joy Division. It wasn’t trying to disown them in any way; it was part of your life. You just couldn’t carry on being Joy Division. We just thought we’d be New Order and find something different to do, which luckily we did. It wasn’t very easy. We managed it. I wouldn’t say we tried to escape the shadow of Joy Division at all - we still play the odd Joy Division song.

Conflicts between band members have been well-documented throughout the years in various interviews and articles. How is the member dynamic now? Do you think the band is stronger than before?

It’s really important that you get on with each other. And that has become even more important to us now. I didn’t want to get into the situation where I was going to have to argue my case on every decision. You’ve got all this talk about great tension within a band - like with John Lennon and Paul McCartney - but it’s bullshit really; you’ve all got to be pushing in the right direction. And we’re all very pleased with where we are at the moment as a band.

New Order actually has a large cult fan base in Korea. Many Korean indie bands have cited New Order as one of their main influences. Do you know about this?

This is actually our first time hearing this and it feels good to know that. It is flattering for us to hear our influence on foreign bands. Bands go by so quickly these days, so it’s nice to be remembered not only for New Order but also for Joy Division.

On the other hand, it’s damning because you’ve got a lot to live up to. People come up to me and say, “You changed my life.” I don’t think I changed anyone’s life, I think their life changed while they were listening to the music. At the time we made that music, we didn’t think, “We’re going to make music that’s going to change peoples’ lives.” We were just trying to please ourselves.

What sort of images come to you when you hear about Korea?
There is not a lot we know about Korea, but we do like Korean food and its great football teams. 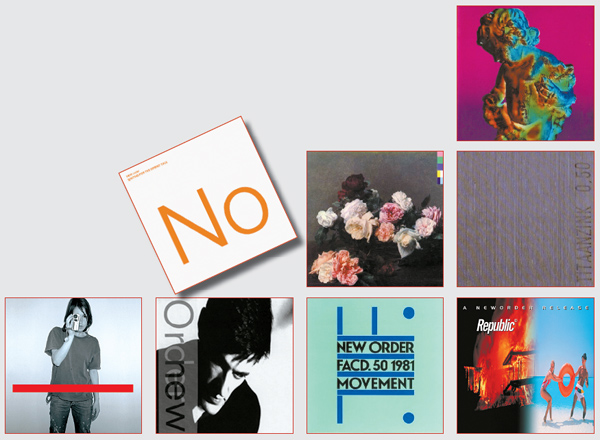 New Order has produced eight full-length albums from 1981 to 2005. The band plans to release a new studio album, “The Lost Sirens” by early next year.

You have said that you intend to release a new album, “The Lost Sirens,” this year. When will the album be released and why has its release been delayed for so long?

Yes, originally we tried to have our new album out this year but there is a lot going on behind the scenes on the copyright. I’d rather not go too deep about it right now, but we are hoping to clear things up as soon as possible and make it available for the fans soon.

What was your focus on the album and what can fans expect?

The album features about eight tracks that were recorded during the sessions for “Waiting for the Sirens’ Call” (2005) and all of them are previously unreleased. I’d like to say that the album is an eclectic mix of electronica and guitars. Hope the fans are going to love it.

Having been active on the music scene for more than three decades, how has your attitude toward making music changed over the years? How have you managed to stay relevant and transform yourself? Is there a change in how you come up with a new song or where your inspiration comes from or how you make the song come to life?

No, regardless I will make music that I desire to make and I don’t dwell on the past or look at the future. Of course, because the world is changing, the music market is changing and our fans are also changing, we can’t say our music is the same, but we can say our basic logic is the same.