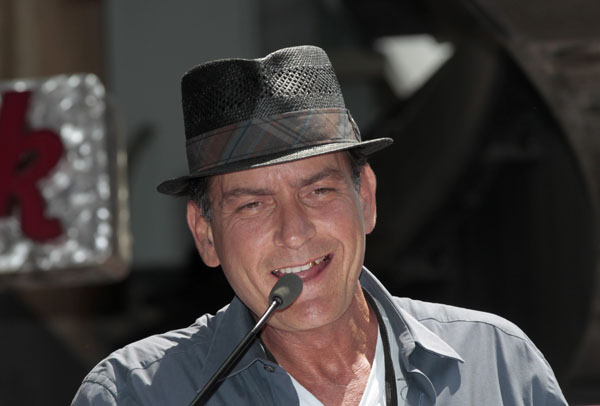 
His rants under control and his life seemingly on the mend, “Anger Management” actor Charlie Sheen has pledged $1 million to the USO, a U.S. military support organization, and the donation could go higher if his new TV show becomes a hit.

The money, at least 1 percent of the profits he makes on the new FX comedy “Anger Management,” will go to the USO’s Operation Enduring Care, a program that is raising money to help wounded and sick soldiers and their families, a USO spokeswoman said.

Sheen has pledged at least $1 million, but if “Anger Management” becomes a hit and his 1 percent profit rises above that figure, he also will donate the rest to the USO making it among the largest monetary donations ever to the group.

“It’s an honor for me to be able to give back to these men and women of the military who have done so much for all of us,” Sheen said in a statement. “They put their lives on the line for us every day, and I’m just happy that my work on ‘Anger Management’ can bring a little bit of relief to the troops and their families.”

Sheen has weathered many problems in recent years including drinking and drugs, an assault charge against his ex-wife, being fired from his sitcom “Two and a Half Men,” and public rants against his bosses that to many fans seemed bizarre.

But in the fall last year, he began putting his life back on track. He appeared on talk shows to discuss his issues, settled his differences with his old “Men” bosses and signed up to play the role of a therapist with problems of his own on “Anger Management.” Reuters