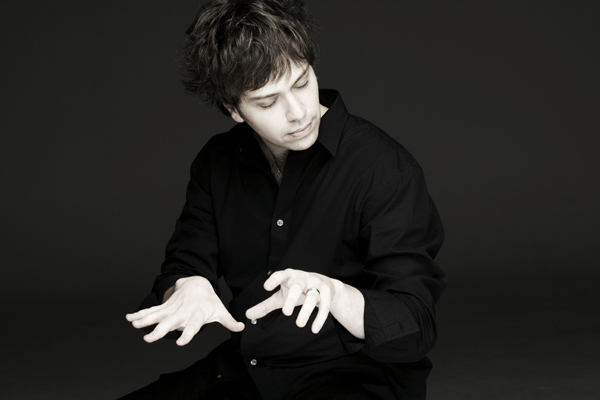 Canadian pianist Steve Barakatt is coming to Seoul to present the “Piano Paradiso” together with Japan’s Yuhki Kuramoto and Korea’s Yiruma at the Olympic Park on Sept. 8. See MUSIC, left. Provided by the organizer

July 27 to 29: One of the summer’s biggest music festivals returns with Radiohead, James Blake and The Stone Roses headlining the weekend lineup. Elvis Costello, James Iha (former member of The Smashing Pumpkins), Owl City and Los Lonely Boys will also perform at the three-day event. Busker Busker of “Superstar K” fame, Apollo 18, Taru and Idiotape are just a few of the Korean groups that will appear. Located in the mountains of Icheon, Gyeonggi, Jisan Valley saw nearly 100,000 people attend last year.

Aug. 3 and 4: The world’s premier electronic music festival comes to Seoul for the first time, bringing with it a knockout lineup of the some of the biggest names in house music.

Skrillex and Steve Aoki headline Friday’s show that will also include Sidney Samson, Tokyo Big Boy and Shut Da Mouth. Saturday’s lineup is packed with the legendary Tiesto, Carl Cox and Friends, The Crystal Method, and John Digweed. Ultra Music Festival began as a one-day event in Miami and has grown into one of the world’s largest electronic music festivals. It has expanded to Brazil, Argentina, Spain and Poland.

Aug. 22: The internationally acclaimed British jazz funk band Jamiroquai is coming to Korea as part of its “2012 Rock Dust Light Star Tour” in collaboration with Audi. When Jamiroquai visited Korea for the first time, tickets sold out in five minutes. The group has sold more than 25 million albums and been described as the world’s most stylish band.

Sept. 8: Following the success of shows in 2010 and 2011, Park Concert will reveal another mind-blowing performance this year. Japan’s Yuhki Kuramoto, Canada’s Steve Barakatt, and Korea’s Yiruma have collaborated to present “Piano Paradiso” and the audience will be able to listen to Kuramoto’s “Lake Louise” and “Romance,” Barakatt’s “Rainbow Bridge” and “The Whistler’s Song,” and Yiruma’s song “When the Love Falls” featured in the megahit drama “Winter Sonata.” Adriel Kim will conduct the Ditto Orchestra.

Tomorrow to Aug. 25: “Jack the Ripper” has been widely acclaimed since its premiere in 2009.

Set in late 19th century London, it is the story of Daniel, a passionate doctor driven to catastrophe after a suspicious deal with Jack, a serial killer. The plot of the musical centers around the murderers and their victims alongside their secretive stories about ill-fated death and love.

Performances are at 4 and 8 p.m. Tuesday through Saturday and 3 and 7 p.m. Sunday. There are no performances Monday.

To Sept. 4: Based on the 1973 French play by Jean Poiret, the Tony Award-winning play “La Cage aux Folles” comes to Korea. The story focuses on a gay couple - Georges, the manager of a Saint-Tropez nightclub with drag entertainment, and Albin, his star attraction.

The play begins when Georges’ son, Jean-Michel, brings home his fiancee and her ultra-conservative parents to meet them.

In 1983, the show on Broadway won Best Musical, Best Score and Best Book.