Kim Jang-hoon is not so big in L.A.

Kim Jang-hoon is not so big in L.A. 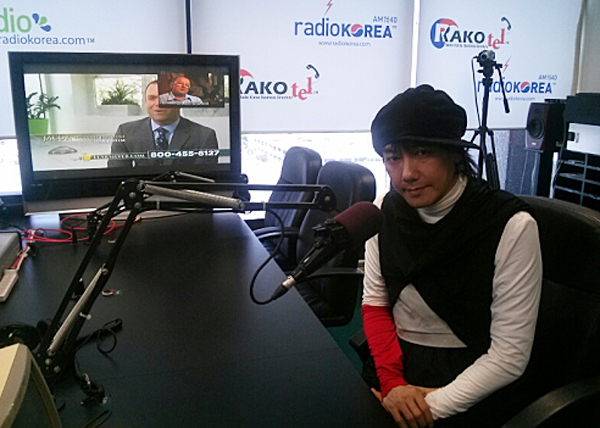 
Singer Kim Jang-hoon was left to sit and do nothing when no-one showed up at his impromptu fan meet.
On July 18, the star who is best known in Korea for being an activist celebrity used his Me2Day page to express his disappointment that no-one came to see him.

“Title: public ridicule for big name star in L.A. Come on, fans of L.A. I can’t believe you didn’t come to see me. today after radio I decided to hold a last minute fan meet at a Korean restaurant. so I went, ate, and not one person shows up. I’m a big deal you know. anyways, I guess I will see you on Saturday,” said Kim.

The entertainer also posted a picture of himself looking poised at radio Korea where he took part as a guest before his embarrassing episode.
Korean fans were quick to console the singer by adding, “if you were in Korea that would never happen.”
Meanwhile, Kim is set to perform at the Nokia Theater on July 21.