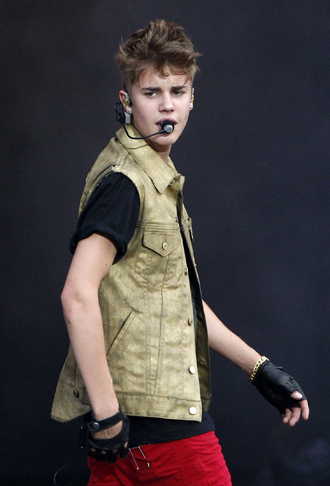 Prosecutors are weighing whether to charge a paparazzo with driving recklessly on a Los Angeles freeway to photograph pop star Justin Bieber in what could be the first use of a new anti-paparazzi law, an official said Tuesday.

The case stems from a July 6 incident in which police cited Bieber for speeding in his Fisker Karma sports car.

At the time, the 18-year-old singer told officers he was being chased on the freeway by paparazzi. A second car that police saw pursuing the performer sped away without being stopped, but the California Highway Patrol said at the time it was investigating whether paparazzi were chasing him.

The Highway Patrol has since turned over the case to the Los Angeles City Attorney’s Office to determine whether charges should be filed, said Frank Mateljan, a spokesman for the city attorney.

“Our prosecutors are taking a look at what’s been filed by the CHP,” Mateljan said.

He said the city attorney’s office is considering charging a single paparazzo. The name of the person has not been released.

If a charge is filed, it would mark the first time anyone has been prosecuted under a 2010 California law that prohibits driving recklessly while attempting to take a photo, said Mateljan, whose office was instrumental in getting the law passed by the state legislature.

When the bill was approved, the California Newspaper Publishers Association warned it could lead to needless prosecution of journalists traveling to the scene of emergencies.

Bieber, whom police described as polite and cooperative when pulled over, was issued a traffic ticket for speeding and released. He was cited for driving 80 miles per hour (129 kilometers per hour) in a 65 mile-per-hour zone. But a Los Angeles city councilman who happened to be driving on that portion of the freeway at the time said the Fisker Karma that roared past him was doing at least 100 miles per hour.

“He was driving in a careless, reckless fashion,” Councilman Dennis Zine said earlier this month.