Super Junior reveals not so super past life

Super Junior reveals not so super past life 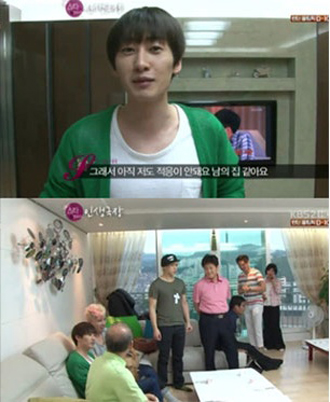 Super Junior’s Eunhyuk spoke candidly about growing up poor while revealing that he recently purchased a family home for his parents.

While on an episode of KBS2’s “Star Life Theater” on July 17, the boy band member revealed that his childhood was anything but super.

In stark contrast to his glitzy life now, Eunhyuk said that growing up, he lived in a house with no toilet.

“Because we didn’t have a toilet, I’d go to a nearby train station and use the loo there,” said Eunhyuk. “We also moved around a lot.”

The 26-year-old said despite the cash problems that he was a happy child.

“The only thing I didn’t like about my childhood was seeing my parents suffer. I didn’t like that my mom had to work,” Eunhyuk said, before adding that he felt good about being able to buy his parents a house.

“It’s a great feeling to be able to call a place your own,” said the singer.

He gave the audience a tour of his new family home while playing host to his fellow group members and their families.