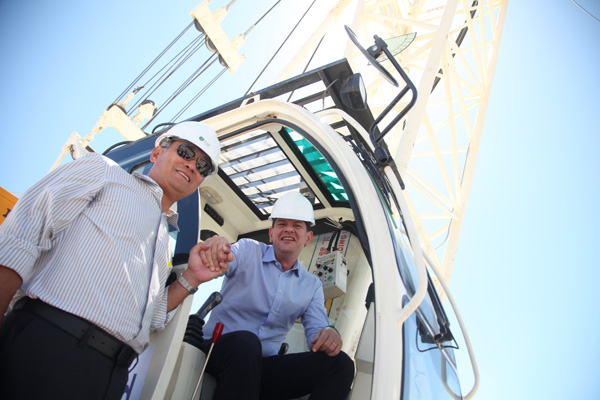 Chairman Chang Sae-joo held a ceremony marking the start of construction in the Pecem Industrial District in Ceara, Brazil, yesterday.

The company aims to finish early preparatory work by the first half of next year and complete construction by the third quarter of 2015.

The new steel mill will be named “CSP” as it will be run by a joint venture of the same name set up by Dongkuk, Posco and Vale.

“My decade-long dream to build a steel mill in Brazil is finally being realized,” said Chang.

“CSP is the result of Dongkuk’s tenacity and passion for steel, and we will make the new plant the world’s best by 2015,” he said.

The three companies invested a total of $4.9 billion to build the 3-million-ton steel mill.

Dongkuk, which played the role of coordinator, holds a 30 percent stake. Posco has 20 percent and Vale 50 percent.

Last August, the companies completed a wharf in the region, which will be used for conveying steel-making materials.

A conveyer belt carries materials from the wharf to the plant.