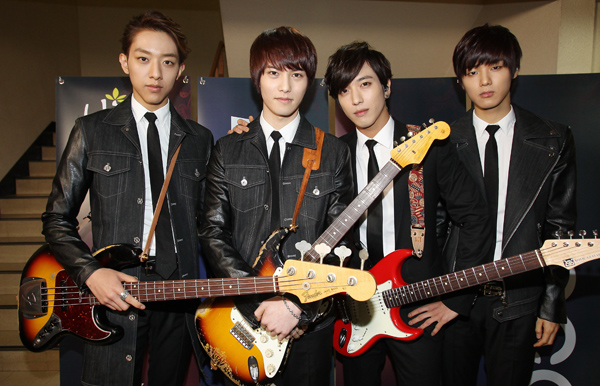 
According to its agency FNC Entertainment, CN Blue will kick off a Japanese tour in Nagoya on Oct. 2 and then make its way to Nigata, Osaka, Hiroshima, Shizuoka and Saitama. In total, the group will visit six cities for nine concerts.

“As the band is a big deal in Japan, we expect about 100,000 fans to come to the shows,” said a spokesperson from FNC Entertainment.

Ahead of the tour, the band is set to release its fourth single “Come On” in August.
The EP, containing four tracks, will be made available in three formats: a standard album and two special-edition albums.