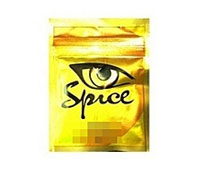 An American soldier serving in Korea was caught smuggling enough “spice,” or artificial marijuana, for about 3,000 people to get high at the same time.

Prosecutors received a court-issued detention warrant for the soldier. If the soldier is detained, he will be the first incumbent U.S. serviceman stationed in Korea held as a drug offender.

Prosecutors also said it was the largest drug smuggling bust involving a G.I. and that they were expanding investigations into U.S. military veterans and incumbent military officers serving in Korea suspected of engaging in smuggling and distributing drugs in the country.

The Seoul Central District Prosecutors’ Office said yesterday they caught the American soldier, currently serving in the 2nd Division of the 8th U.S. Army, for smuggling 3.4 kilograms (7.5 pounds) of a type of synthetic marijuana called “spice” since 2011. The smuggled drugs were worth about 120 million won ($105,360).

American soldiers are protected by the Status of Forces Agreement. Under the regulations, Korean police are prohibited from detaining U.S. soldiers suspected of a crime before they are indicted by prosecutors.

The prosecution will indict the suspect next Monday and take him from the U.S. military.

“We have detected signs that former and incumbent U.S. soldiers are involved in this case,” a spokesman of the prosecution told the JoongAng Ilbo.

The artificial marijuana is a collection of natural herbs sprayed with chemicals that mimic the effects of cannabis. It is sometimes called “spice” and can be sold as herbal incense. Prosecutors said it is smoked in cigarettes and can be five times stronger than marijuana. Its popularity has been increasing among international residents in Korea and Korean students from abroad because its price is cheap. It is often sold in clubs and bars in Itaewon, central Seoul. It was categorized as an illegal drug in 2009 by the government.

The prosecution said that the suspect had bought the drugs on a Web site in Hungary and sold it to U.S. military officers in Korea and international residents on eight separate occasions. “We judge that the soldier also has sold the drug to Koreans, and we’re trying to track down additional suspects,” the prosecution told reporters.

According to the Korea Customs Service, only 30 grams of the synthetic marijuana was confiscated in 2009, but the amount increased to 3.06 kilograms in 2011.