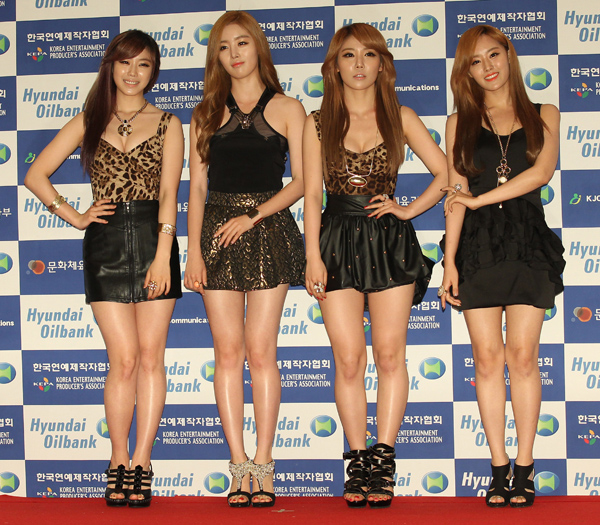 
Girl group Secret plans to launch its first Japanese album, “Welcome to Secret Time,” on Aug. 22 to mark the one-year anniversary of the band’s debut there.

The album comprises 16 tracks, including the hit “Magic” and the group’s debut “Madonna.”

On Aug. 3, Secret will hold a fan meet party in Tokyo to celebrate its anniversary in Japan. In March, the quartet embarked on its first Japanese tour, performing in Osaka, Nagoya and Tokyo.

In Korea, the group attended and performed at the launch of a new Hallyu magazine titled KBS K-Wave.

The festivities on Wednesday were attended by more than 400 people and took place in Chungjeungno, central Seoul.

Secret made its Korean debut in 2009 with the song “I Want You Back.”

As with many K-pop acts, the girl group has taken part in various TV shows while releasing six EPs in Korea to date.