From foreign aid recipient to donor

From foreign aid recipient to donor 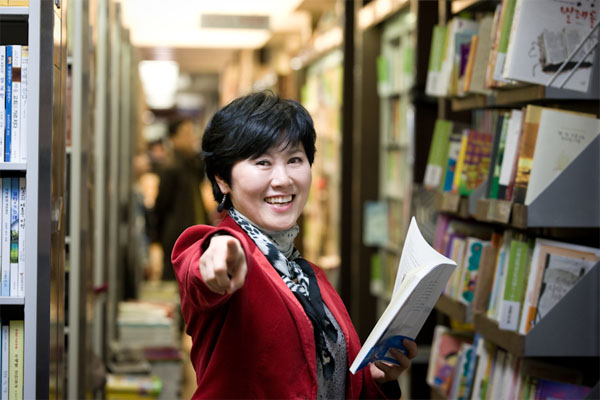 Han Bi-ya, a 53-year-old adviser to the United Nations Central Emergency Response Fund, will head for Tonj in central South Sudan early next month and will stay there for five months. [JoongAng Ilbo]


Han Bi-ya, a 53-year-old adviser to the United Nations Central Emergency Response Fund, has worked in war-torn Iraq and Afghanistan as well as tsunami-ravaged southern India.

Her work has taken her to some of the most impoverished places on earth, she said at a press conference at the Ministry of Foreign Affairs and Trade in central Seoul on Tuesday. And Korea’s emergence from a recipient of international aid to a donor serves as an inspiration to these developing countries.

Han shared an experience from 10 years ago in Afghanistan when she attended a conference on developmental aid. Afghan officials “had their heads bowed down because of a lack of self-esteem resulting from their position as a ‘receiving nation,’?” she said.

But when Han took the podium, she shared Korea’s history, describing how 50 years ago the South was a war-torn, impoverished country. Korea too received international aid.

“I cannot forget how their heads lifted and their eyes sparkled,” she said.

The Korean narrative - transitioning from Japanese colonization to the 1950-53 Korean War to authoritarian rule and finally to a modern democracy and the fourth-largest economy in Asia - puts the nation in an advantageous position when reaching out to nations that need developmental assistance, she said.

When Korea became a member of the Development Assistance Committee in 2009, it became the only nation to switch from an aid recipient to a donor country.

An author of several bestselling travel books, Han has served as one of 18 advisers to the United Nations Central Emergency Response Fund since September last year.

She serves as a board member on the advisory committee for Korean Overseas International Cooperation Agency and also served as a visiting professor at the Ewha Womans University Graduate School of International Studies.

Her next destination is Tonj in central South Sudan, where the late Father John Tae-suk Lee, a Korean medical practitioner-turned-priest, traveled in 2001 and provided medical assistance to the war-torn area, treating patients of leprosy and cholera.

“Seeing how he reached out to the unresponsive children and moved them to tears, the priest is an angel in human guise,” she said. She plans to stay there for five months starting from August.

But there is one place that even Han cannot go.

“For people involved in relief work, North Korea is a painful spot,” she said. “Whatever standard you look at it, North Korea is the site most in need of emergency relief but because of political reasons we cannot approach it.”

Korea has pledged to double its overseas aid by 2015 from the current level of 0.12 percent of its gross national income.

“I want people to have the same kind of self-esteem that the countries with the greatest number of supporters of ODA [Official Development Assistance] have, like England, Sweden and the Netherlands,” she said.