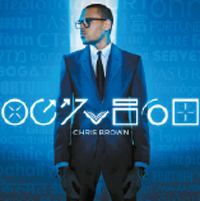 
One of the best songs on Chris Brown’s new album is a soft number, “Don’t Judge Me,” that finds him asking a girlfriend to look past his mistakes.

“So please don’t judge me, because it can get ugly, before it gets beautiful,” he sings in his signature semi-high pitch.

For another singer, such a tune might come off as just another relationship plea. But coming from the bad boy singer whose career is nearly restored after his attack on Rihanna three years ago, it seems like a cry for understanding to the whole world and makes him sound vulnerable and appealing.

When Brown opens up, he’s the best version of himself. Unfortunately, there aren’t enough of those songs to make “Fortune,” the 23-year-old’s fifth album, a must have (it’s the follow up to last year’s Grammy-winning “F.A.M.E.”). 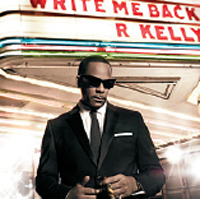 
Dear R. Kelly,
You’ve gone and done it again. I don’t know what’s going on with two back-to-back, rather wholesome and anachronistic albums, but your eleventh, “Write Me Back,” feels like a breath of fresh air on the contemporary urban scene. You may be trying to subvert expectations of your chosen genre, you may be showing off your voice, maybe you are preaching a newfound understanding of relationships, but it doesn’t matter. What matters is that you’ve single-handedly produced and written an album with a voice.

Mixing 1970s funk and soul, ’50s beats, church organ sprinkles and ’90s nostalgia R&B was an excellent idea. Those sounds, coupled with romantic lyrics, may sound like a cheesefest, but that’s what makes the dish so delicious.

You start off with vivacious ode “Love Is” and meander through retro beats and ballads with a purposeful gait. Your only pit stops on the love highway are on the party dance floor with an engaging swing song, “All Rounds On Me,” and the lively “Party Jumpin.’?” AP 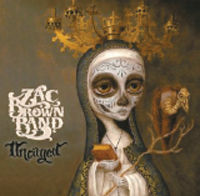 The Zac Brown Band delivers a message with the title of its new album, “Uncaged” - and the songs back up that statement. Although still likely to be described as a country band, the Georgia group purposely, and admirably, avoids current Nashville conventions on their new collection. Ten years in, the ZBB instead focus on the tight interplay the ensemble has developed through heavy touring, dwelling on instrumental chops as much as on vocals and hooks. They also cast a broad view toward material: There’s country music, for sure, in the harmony-driven “Goodbye In Her Eyes” and hoedown picking in the exhilarating “The Wind.” But, keeping to its theme, “Uncaged” takes on fierce southern rock on the title cut, gospel-tinged mountain soul on “Natural Disaster,” 1970s singer-songwriter musings on “Lance’s Song,” and Caribbean-influences on “Jump Right In,” which has more in common with Paul Simon than Kenny Chesney. Altogether, “Uncaged” is a powerful artistic declaration rather than an album plotted to achieve maximum radio play. It succeeds, too, suggesting the band plans on gaining a reputation for musical diversity rather than formula. AP