Jackson’s mother not missing after all

Jackson’s mother not missing after all 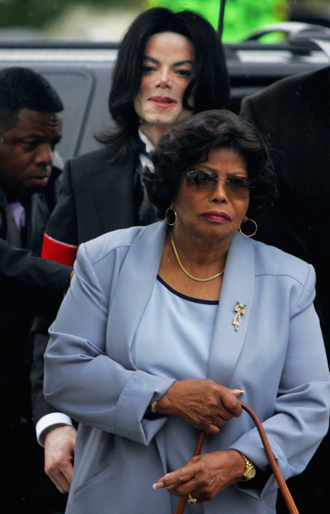 LOS ANGELES - Jermaine Jackson, brother of late pop singer Michael Jackson, said on Sunday that his mother, Katherine, was not missing as other relatives reported to authorities this weekend, but resting with family in Arizona on “doctor’s advice.”

Katherine Jackson, 82, was reported missing by relatives on Saturday and her granddaughter Paris also posted on Twitter, “Yes, my grandmother is missing ... I want her home now.”

The missing persons report was filed by Ribera Law Firm “out of concern for Mrs. Jackson’s well-being and in an effort to ensure her being safely reunited with her grandchildren as soon as possible,” lawyer Sandra L. Ribera said in an e-mail. “Concerned family members, particularly Michael’s children, have since made ongoing pleas to those believed to have knowledge of [Katherine’s] location for information regarding her whereabouts. The only reports provided have been both conflicting and confusing - especially those pertaining to the status of Katherine Jackson’s health.” said Ribera.

Jermaine Jackson put out a statement on Twitter on Sunday saying Katherine was “safe and well” and with her daughter Rebbie.

“This incredulous claim was made for reasons best known to the adults who filed it. But it seems no accident that it comes after we, the sons and daughters, put in place caretaking for our own mother, taking her to Arizona in line with doctor’s advice following a check-up,” Jackson said. Reuters