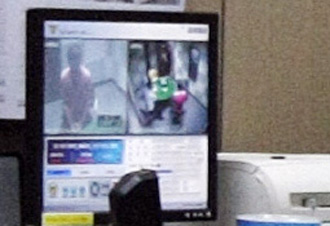 JEJU - Two days after police found the body of a 9-year-old girl in Tongyeong, South Gyeongsang, investigators arrested a man in his 40s linked to the murder of a 39-year-old woman who went missing for 11 days on Jeju Island.

The Dongbu Police Precinct in Jeju took in a 46-year-old man surnamed Kang at 6:10 a.m. yesterday suspected of killing the female tourist at the popular vacation destination. Kang has two prior convictions for robbery. 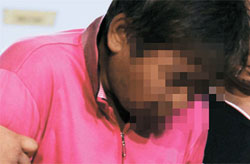 The suspect said he buried the victim’s body under a bamboo grove in Seongsan Township, Seogwipo. The police dispatched officers and found the body at around 6:30 p.m. Police told reporters they will have a press briefing today to disclose details.

Police said the victim arrived at Jeju Island alone on July 11 to hike the popular No. 1 Jeju Olle Seongsan Township at 7:30 a.m. and never came back. The suspect was first questioned as a reference witness and was sent home on Saturday. The police said they also secured testimonies from a witness who said she saw the man taking a break at the No. 1 Olle course on the morning the victim went missing.

Police launched the investigation on July 15 after receiving a call from her family. During the investigation, a street cleaner in his 60s called police to say he found a right hand and a pair of sneakers on a bench at a bus stop nearby Manjang Cave in Gujwa Township at around 2:30 p.m. on Friday.

The bus stop is about 18 kilometers (11.1 miles) away from the trail course. The cleaner said the hand was placed inside one of the shoes.

The hand was sent to the National Forensic Service and was confirmed as the victim’s on Sunday after running fingerprints and a DNA probe. Bloodstains were found on the seat of a car that Kang confessed to borrowing.

Investigators said the victim is a single woman who lived in Nowon District, northern Seoul, who traveled alone to Jeju after her 15-year-old dog died. She told her family that she would travel for three days and hike.

The murder has cast doubt on the safety procedures at the Jeju Olle Trail. Promoters claim it is the safest trail that “a woman can walk alone,” however no CCTV cameras are installed.

In 2010, a female tourist went missing for three days on the Olle course, but was found by a stream. The woman said she missed her footing and fell into the stream but wasn’t able to find anyone who could help her.

“About 65 percent of the visitors are women, but patrols are only dispatched at four places along the 430-kilometer-long trail due to manpower shortages.”

“We really had difficulties in tracking down the suspect because there are no CCTVs,” an investigator said.

Suh Myung-sook, the president of Jeju Olle, the government agency managing the trail course, said safety procedures will be strengthened.

“We will strengthen the safety conditions,” Suh said. “We have been trying to install CCTVs and put more patrol units in place since June in cooperation with the Jeju government and we promise that such necessary actions will be taken as soon as possible.”