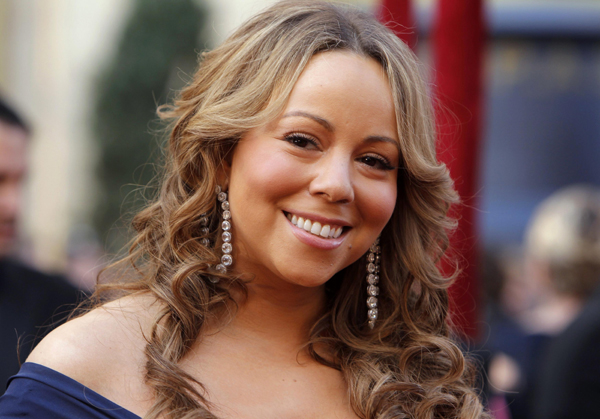 
BEVERLY HILLS, California - Mariah Carey will join “American Idol’’ as a judge next season, Fox announced Monday, bringing her star power to the show that remains a ratings leader but has seen its viewership and pop culture status diminish.

“I am so excited to be joining ‘Idol,’ ’’ said Carey, addressing the Television Critics Association via Fox entertainment chief Kevin Reilly’s cellphone, which he put on speakerphone for the hotel ballroom meeting.

She couldn’t be on hand with the group because “this kind of all just happened really quickly,’’ Carey said in her brief remarks. “I can’t wait to get started in the fall .?.?. and I will see you in January.’’

The show, which saw judges Steven Tyler and Jennifer Lopez exit at the end of last season, will be back on the air for season 12 in January.

Playing the drama up, Reilly placed a call to Carey and put her on speaker.

Reilly said he was “thrilled’’ to confirm reports that Carey was being courted by Fox and said the deal was freshly signed within the last few hours. The Grammy-winning pop star is receiving just shy of $18 million a year for a one-year contract with a renewal option, according to a person familiar with the negotiations. The person, lacking authority to discuss the matter publicly, spoke on condition of anonymity.

The exit of Tyler and Lopez left original judge Randy Jackson and started a guessing game about potential replacements, with Carey at the top of the list.