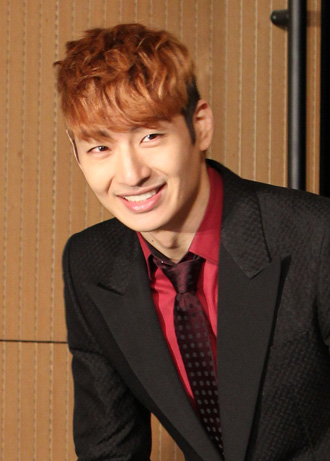 Former g.o.d member Son Ho-young entertained at a fan meet in Japan on Sunday, making his way to the island nation some 10 months since his last fan meet there.

The showcase “With Band Live in Tokyo,” recruited the help of a live band as Son sang an array of hits from “Crying” to “My Heart in Heaven.”
There were back dancers as well, and a piano recital by none other than the ’90s boy band member himself.

After crooning away, Son admitted, “I never used to enjoy singing sad songs but they’re really growing on me. Maybe it’s because I’m growing old.”
To liven the mood after the ballads, Son also sang a medley of summer-themed songs as well as “Core N’grato” which he sang on the singing-survival show “Opera Star.”

The 32-year-old also apologized for being away for such a long time.
“I’m so sorry that I can’t come back more often, but I promise to keep it fresh like a newbie, and to keep striving.”
When the festivities came to an end, Son told the press gathered for a conference that he wasn’t quite ready to go home.
“It’s a shame that is must come to an end,” said Son. “I wish I had more than just one day here.”
By Carla Sunwoo [carlasunwoo@joongang.co.kr]