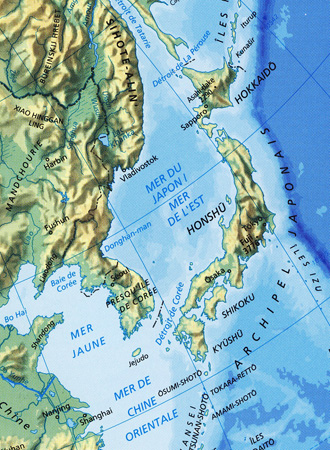 The French publisher of one of the world’s most authoritative world atlases is using both the Korean and Japanese monikers for the waters between the two countries in its latest edition. The Atlas company uses the names “Mer de l’est” (“East Sea”) and “Mer du Japon” (“Sea of Japan”) in letters of the same size in eight maps in its world atlas for 2012. It is the first time both names have been used by a top atlas publisher. [YONHAP]