GAC exhibit unveils Korea’s past printed with wood and stone

GAC exhibit unveils Korea’s past printed with wood and stone 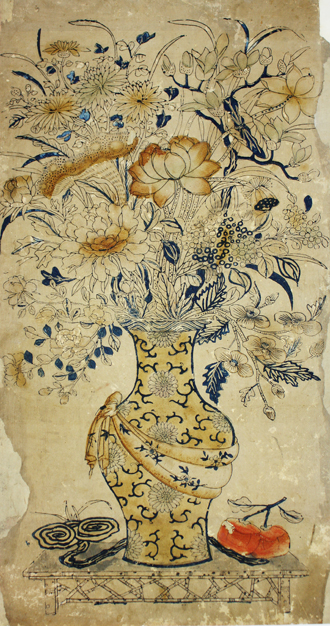 Japanese woodblock prints from the 17th to 19th centuries called Ukiyo-e were great source of inspiration for European artists in the 19th century including the Impressionists. This is a fact well known to Korean art lovers, with several Ukiyo-e shows held on the peninsula in the recent years.

But most Koreans don’t know that woodblock prints were actively produced during the Joseon period (1392-1897) as well. The Gana Art Center in northern Seoul is thus holding an exhibition titled “Our Past Printed with Wood and Stone” to shed light on Korea’s forgotten prints. “It is the first large-scale show dedicated to old Korean prints since a 1995 exhibition at the Seoul Arts Center,” said Lee Ho-jae, chairman of Gana Art, a leading Korean gallery.

The exhibit features some 150 pieces of woodblock prints from the Joseon period and around 60 pieces of lithographs from the Korean Empire period (1897-1910) and the Japanese colonial period (1910-45).

Among the woodblock prints are the images of bouquets in vases made in the mid-Joseon period. The elaborate and elegant images are printed in two colors: yellow and blue.

Clockwise from above, a fish print and flower still life from the mid-Joseon period and the portrait of Admiral Yi Sun-shin, a lithograph made in the late 19th or early 20th century. Provided by Gana Art Center

“Flower still lifes represent a large part of Joseon prints, as they were popular for interior decoration,” said Lee Seung-il, 66, a print artist and former professor at Hongik University.

The exhibits also include more colorful prints of flowers with birds made in the late Joseon period. The colors were added by brush on the printed images, Lee explained. “The production of prints for home decoration surged in the late Joseon period, as more farmers and merchants with money and with interest in cultural life appeared in the times and they actively brought prints, while aristocrats preferred paintings,” he said.

But aristocrats also used woodblock prints for sijeonji, which were luxurious papers for letter or poetry writing. “Many witty noblemen used sijeonji on which images related with their names were printed, so that those who received a letter from them could immediately see who sent the letter,” Lee said.

All the exhibits are part of Lee’s collection. He and his deceased father, artist Lee Hang-seong(1919-97), have collected Korean old prints for five decades. Included in the exhibits are also maps, astronomical charts and illustrations for Confucian and Buddhist books.

One of the show’s highlights is an 8.8-meter-wide (28.8-foot-wide) print of a royal parade. It is an illustration from one of the uigwe, or books that describe protocols for royal ceremonies. Until the late 17th century, all the uigwe illustrations were painted by hand, but woodblock printing was actively used for the illustration beginning in the 18th century, according to Lee. Another highlight is a 3.3-meter-wide print that depicts the bird’s eye panorama of Pyongyang. It is a kind of landscape map that is unique to East Asia, Lee explained.

The lithograph section of the exhibition includes various themes of lithographs, which were actively adopted in Korea beginning in the late 19th century. “Few have taken interest in Joseon-period prints, though they are part of the Korean history of engraving and printmaking that goes back to the Goryeo period (918-1392) Tripitaka Koreana, of which Koreans are proud,” Lee said. “It’s time to thoroughly study Korean old prints in general.”