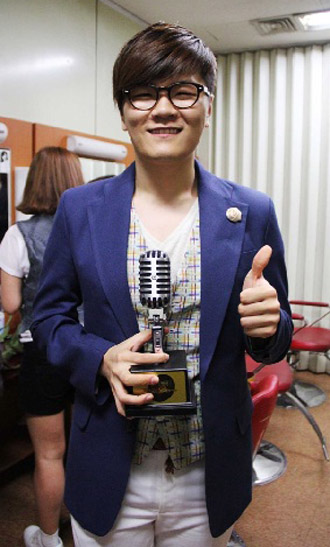 Shin Yong-jae, the youngest member of the trio 4men, is set to release his first solo album on July 27.
Shin’s solo attempt follows in the stead of fellow member Kim Won-joo, who released his album in December last year.

Ahead of his debut project, Shin talked to Yonhap to explain the significance of his album, entitled “24.”
Shin, who is 24 years old by Korean age reckoning, said that he tried to capture the essence of youth and love in the album.

“Up until now I’ve projected this dark image,” Shin explained, “so now I have decided to try acting my age.”
“The album is bright and tells the tale of love from a 24-year-old’s perspective,” said the boy band member.

“Everyone tells me that I’m in my prime and I think they’re right. All I am doing with this album is telling it as it is from my point of view,” said Shin.
By Carla Sunwoo [carlasunwoo@joongang.co.kr]