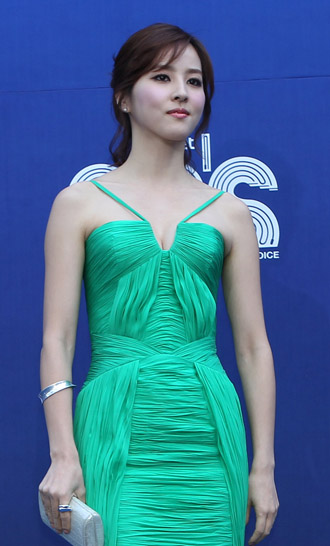 Actress Han Hye-jin headed toward London on July 25 to host the talk show “Healing Camp” over there during the Olympic Games.

The 30-year-old actress who is one of the hosts of the famed talk show that digs up past pains of celebrities, will cheer on the Korean athletes and have them appear on the show.

Although the show is usually aired on Monday nights, during the Games, it will air over the weekends on Aug. 4 and Aug. 12.
As well as hosting the popular SBS show, this year, Han has also appeared on JTBC’s drama “Syndrome.”
By Carla Sunwoo [carlasunwoo@joongang.co.kr]