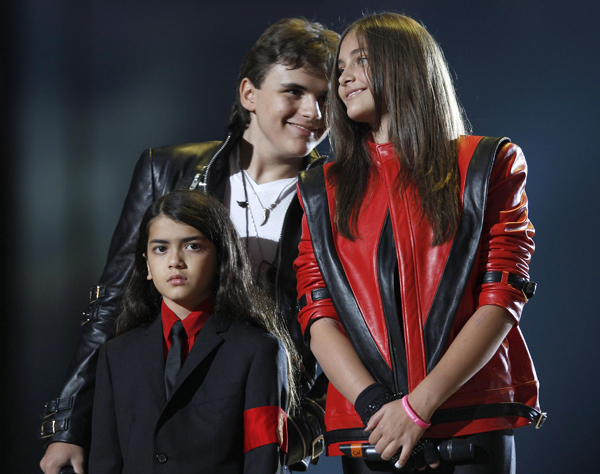 LOS ANGELES - Michael Jackson’s three children were given a new guardian on Wednesday in an escalating power struggle within the famous musical family involving the singer’s multimillion-dollar estate and the well-being of his elderly mother.

Los Angeles Superior Court Judge Mitchell Beckloff gave temporary guardianship of the children to their cousin Tito Jackson Jr., 34, at his request. The ruling comes after a chaotic week of conflicting reports over the health and whereabouts of family matriarch Katherine Jackson.

Katherine Jackson, 82, who was appointed guardian of Prince Michael, 15, Paris, 14, and Blanket Jackson, 10, in her son’s will, was reported missing by granddaughter Paris last week.

Paris said in a series of angry Twitter posts that she hadn’t been able to speak to her grandmother for nine days, but Katherine was later said by family members to be resting under doctor’s order at the Arizona home of one of her daughters.

Attorneys for both Tito Jackson Jr. and Katherine Jackson raised questions at Wednesday’s court hearing over whether Katherine’s absence from her Los Angeles home was voluntary.

Tito Jackson Jr., the son of Michael’s older brother Tito, told Beckloff that he spoke on Tuesday to Katherine but that she was talking strangely and seemed to be speaking in code.

“I never heard my grandmother talk like that,” he said.

Another brother, Randy Jackson, told ABC News in a phone interview earlier on Wednesday that Katherine Jackson was on her way back to Los Angeles after being ordered by doctors to “isolate herself from the world and rest.”