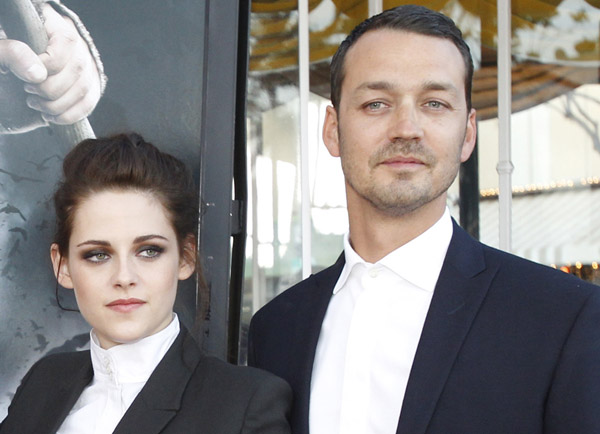 LOS ANGELES - Actress Kristen Stewart apologized to longterm boyfriend and “Twilight” co-star Robert Pattinson on Wednesday for a recent fling in which she was photographed kissing and embracing Rupert Sanders, the director of her most recent movie.

The 41-year-old director of Stewart’s film, “Snow White and the Huntsman,” also issued a statement on Wednesday saying he was “utterly distraught” over the pain he has caused to his wife and children following his indiscretion with the 22-year-old actress that made headlines around the world.

“I’m deeply sorry for the hurt and embarrassment I’ve caused to those close to me and everyone this has affected. This momentary indiscretion has jeopardized the most important thing in my life, the person I love and respect the most, Rob. I love him, I love him, I’m so sorry,” Stewart said in a statement to People magazine.

A fling between a Hollywood star and her director is nothing new in showbiz, but this one gained widespread attention because of the high-profile people involved.

Stewart, 22, and British actor Pattinson, 26, portray the vampire-human couple of the “Twilight” series of blockbuster romance movies who are deeply in love in the films.

The pair’s on-screen romance transferred to their real lives, and they confirmed they were dating in 2010. But they have tried to remain discreet in public and don’t often discuss their relationship.

Given their past, Stewart’s romantic liaisons with director Sanders, which was reported with photos on celebrity news outlets including People and Us Weekly, surprised celebrity watchers and put the trio in a publicly awkward situation.

British director Sanders is married to model and actress Liberty Ross, 33, with whom he has two children.