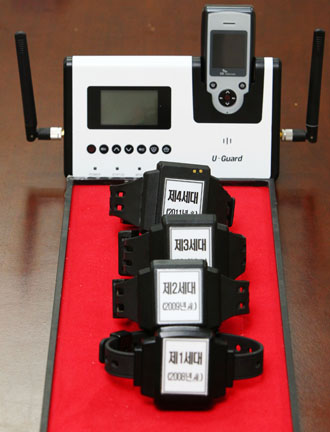 As concerns grow about the poor oversight of sex offenders, the administration and the ruling party have promised measures to prevent sex crimes against children and women by introducing a retroactive supervision plan.

Kim Jeom-deok, who confessed to murdering a 9-year-old girl from his neighborhood in Tongyeong after a failed rape attempt, was convicted of sexual assault seven years ago, but he was not on the sex offender registry because his crime was committed before the government introduced the oversight system.

Public access to the sex offender registry was allowed in 2010, while the electronic monitoring anklets were introduced in 2008.

At the meeting, the government decided to seek legal support from the National Assembly to update the sex offender registry retroactively and expand the use of electronic anklets for retroactive crimes.

“The government must do everything it can to make a social consensus that crimes against children and women will be punished and not be tolerated.”

The government will create a taskforce with the ministries of Justice, Gender Equality and Legislation and the National Police Agency as well as civilian experts to toughen its crackdown against sex crimes.

It will also seek lawmakers’ cooperation to revise relevant laws in the upcoming legislative session scheduled to begin in September.

The government also decided to make it easier for the public to access the Internet database of sex offenders.

A new smartphone system using the GPS function will be established to allow users to locate nearby sex offenders.

More detailed addresses of the sex offenders will also be provided in the database, and the police will be required to verify the information.

Correctional programs will also be updated to lower recidivism.

To lower sex crime recidivism, experts advised improving the counseling that is provided as a part of a correctional program. The Korea Institute of Criminology’s survey of 3,938 inmates convicted of sex crimes at the nation’s 15 prisons showed that only 34.3 percent of them underwent correctional programs. The program also offered about 40 hours of counseling per inmate, far lower than the average 200 hours in the United States.

Canada, after it introduced counseling specialized for each offender, saw a drop in the recidivism rate from 23.8 percent to 5.6 percent after eight years.

As of now, the information on sex offenders who committed crimes against children and minors is made public somewhat retroactively. When the government opened up information to the public through its Internet database in July 2010, the child sex offenders whose crimes date back to 2006 were included.

In contrast, information on offenders who committed crimes against adults was not retroactively made public, creating a loophole. The suspect in the Tongyeong case was missing from the database as his past victim was an adult.

While some argued that it is necessary to retroactively apply the oversight requirements, others said it would be against the principle that people should be free from retroactive criminal punishment.