2NE1 pushes back single to October

2NE1 pushes back single to October 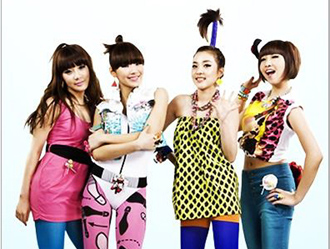 If things had worked out as planned, 2NE1 would have released its latest single today.

However, YG Entertainment announced yesterday that, in order to keep the girls in top form and not overwork them ahead of an upcoming world tour, the EP will be released in October instead.

The group released “I Love You” on July 5 and stepped back into the spotlight at home.

Instead of the single promotion, 2NE1 will invest the time and energy into their “New Evolution” tour, which kicks off today at Olympic Park in eastern Seoul.

“If we have the girls promoting themselves in Korea while being on a world tour, there’s a chance their health could suffer,” said a spokesperson from YG.

“We thought we’d be able to achieve better results if we postponed the single’s release,” said the agency, emphasizing that the album will be of the highest caliber when finally released.

After the Seoul show, the quartet will travel to New Jersey, Los Angeles, Osaka, Nagoya, Yokohama and Tokyo.