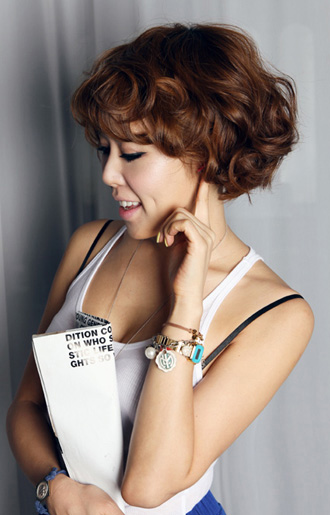 Singer Chae Ri-na has reported a case of online identity theft to the Cybercrime Investigation Unit.

The complaint was filed Thursday by the former ’90s singer after posts allegedly written by her surfaced online Tuesday. The posts made Chae look as if she was targeting her shamed, former band mate Ko Young-wook.

Chae asked police to help track down the individual who used her online account to pose as the 34-year-old celebrity and make bogus claims about producing a new album with the help of band member Lee Sang-min, as well as blame Ko’s recent sex scandal involving minors for thwarting a reunion concert.

“The perpetrator hacked into Chae Ri-na’s account to make up lies and then the media reported the false claims,” said Chae’s agency, adding that the star was distressed at the way events unfolded.

“She just wants to get to the bottom of this, to find out who and why they did such a thing,” the agency said.

The posting about Ko comes at a sensitive time, as it has only been two months since he was embroiled in a sexual assault case.