‘Gentleman’s Dignity’ to air in Japan

‘Gentleman’s Dignity’ to air in Japan 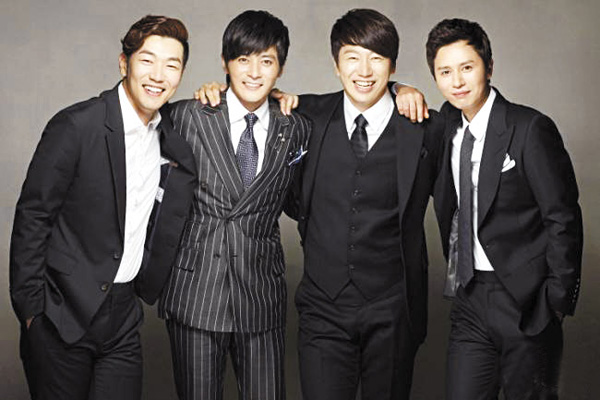 Jang Dong-gun’s first drama in more than 12 years, “A Gentleman’s Dignity” is set to air in Japan starting in October.

The romantic comedy that is currently a big hit in Korea will be shown via satellite on Mnet.

The show has a stellar cast of Jang, Kim Su-ro, Lee Jong-hyuk, Kim Min-jong and Kim Ha-neul, not to mention some of the country’s leading off-camera staff, including Kim Eun-sook and director Shin Woo-chul, who co-wrote the 2010 hit drama “Secret Garden.”

Jang’s drama has secured ratings of 24.4 percent, making it the second most-watched drama on TV after “My Husband Got a Family.”

“A Gentleman’s Dignity” has been called a 40-year-old, male version of the U.S. hit “Sex and the City.”

As well as portraying the humorous love lives of a group of close-knit male friends, the drama also features idol group member Lee Jong-hyun from CN Blue. By casting Jang and Lee, the show attracts viewers from all age brackets - and even on the music charts, songs from the show are doing well.