Meet who’s behind ‘Who’s on first’

Meet who’s behind ‘Who’s on first’ 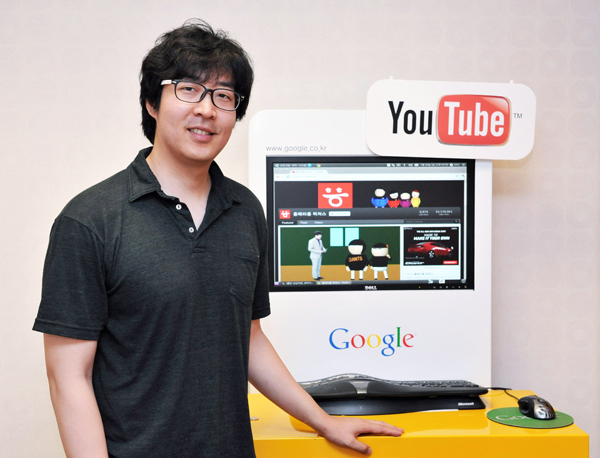 Kim Ho-geun uses the pseudonym Kim Man-joong. The nickname comes from the man who wrote “Guunmong” during the Joseon era. Provided by YouTube


At least a third of the Korean population has watched the video. The seemingly easily made animation clip has crushed the music videos of nationwide idol groups Girls’ Generation, Big Bang and Sistar, and ranked as the most popular on the Korean YouTube Web site for the first half of the year.

This YouTube mega-hit, “Who’s on first,” is a reinterpretation of the famous comedy routine by Bud Abbott and Lou Costello. The video consists of an exchange centering on the names of baseball players called “who” “what” and “I don’t know.” In the original skit, Costello becomes hopelessly confused and completely infuriated at the endless bewildering responses to questions like, “Who’s on first?”

The man behind this overnight sensation is 31-year-old Kim Ho-geun who works under the pen name Kim Man-joong. After graduating with a geography degree from Seoul National University in 2009, Kim chose a path different from many of his classmates who went on to further studies and careers with some of Korea’s biggest companies.

Kim wanted to earn his living by working in a setting where he could freely express himself and exercise creativity, so he decided that becoming an animation producer was his best option.

His chosen path, however, proved to be not as lucrative but more demanding than some traditional occupations. Kim decided that an effective method for getting a regular paycheck was to become a YouTube partner, which he figured would increase the exposure of his videos and the won in his bank account.

“If compared to a normal salary man, it’s like getting a base pay, but if the video is supplemented with the company’s name or indirect advertising (PPL) or when the opportunity arises to sell toys or other products based on our anime characters, I figured I could live off that.”

In order to make good money, Kim will have to produce videos that are about as popular as “Who’s on first.” Kim never received formal training to create anime professionally and instead focused on producing animation content for a diverse audience.

After graduating in 2009, Kim earned his living from academic tutoring. But since March, he has spent all his time on animation, resolving to produce one piece of work a week “to secure a fixed fan base by continuously working on projects and to avoid the trap of procrastination often found among solo producers,” he said.

Although the English name of his production company is HHH Pictures, the Korean version is Do Heung Pictures. He said heung is from when his mother told him to blow his nose by exclaiming “heung” when he was a child. The word also means success in Korean.

“There appears to be a lack of connection between the consumer and the solo producer,” he said. Kim added that this is the main reason he introduces and uploads works by other solo producers on his blog - to show that the dominant media companies are not the only ones that can produce first-rate entertainment.

“At first, I was hesitant to start this production, but I found that it was well worth it,” he said.

“Now you can see that there is a type of entertainment in cyberspace that anyone can access and use. If you are interested in doing something, I recommend that you go forward and dare to take that challenge.”