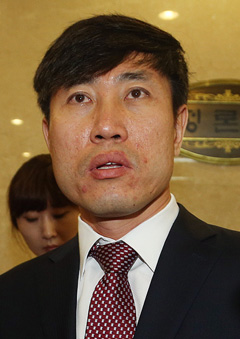 Representative Ha Tae-kyung of the ruling Saenuri Party said yesterday that South Korean activist Kim Young-hwan was tortured with electric shock when he was held by Chinese authorities for 114 days after being arrested in March on charges of endangering the country’s national security.

“After checking with Kim Young-hwan, I was able to confirm that he did receive electrical torture [while being detained in China],” Ha said yesterday.

“Kim said other torture methods were used on him, but I didn’t ask him for more details because I thought it would only add more pain to the victim.”

Ha, an activist-turned-lawmaker, held a press conference yesterday as new claims were revealed in the morning by the JoongAng Ilbo that Kim was tortured by electric shock. 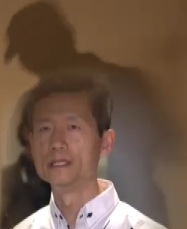 The newspaper cited activists close to Kim who said they heard direct accounts from him about his mistreatment.

“After Kim was arrested on March 29 in Dalian and received questioning, he refused to answer for 18 days [until he was able to meet with a South Korean consul or a lawyer],” said an executive at a North Korean human rights group in the South.

“As he refused to answer the questions [that Chinese authorities asked about the overall human rights activities carried out by South Korean activists in China], Kim said a Chinese security official tortured him with a high-voltage electric prod.”

The activists also were told by Kim that security officials put on loud music inside the interrogation room to cover up his screams.

Kim and three others were arrested by authorities in March in Liaoning Province, northeastern China, on charges of threatening the country’s national security.

The four are known to have helped North Korean defectors in China. They were released by Chinese authorities and flown to Seoul on July 20.

Kim, a researcher at the Network for North Korean Democracy and Human Rights, a Seoul-based civic group, was a leading propagator of North Korea’s juche, or self-reliance, philosophy in the South in the 1980s and 1990s, but he later renounced his pro-North Korean views and became a human rights advocate against the communist regime.

Several days after arriving in Seoul, Kim held a Wednesday press conference and said he suffered from both physical abuse and sleep deprivation during his detention in China, but he refused to elaborate on the details of the alleged abuse.

In light of Kim’s statements, criticism has mounted over the South Korean government’s passive attitude in dealing with China.

“But what’s even more egregious is that [the South’s] Ministry of Foreign Affairs and Trade and the government have tried to hush up the issue over concern that taking the matter seriously would cause friction in Korea-China diplomacy. It’s shameful.”

After finding out about the abuse from Kim during the second interview with a South Korean consul on June 11, the foreign affairs ministry requested only that the Chinese government confirm the torture, which China has simply denied.

“If the claim proves true, we will demand that China make an apology and take stern measures to prevent such an incident from recurring,” said Han Hye-jin, deputy spokeswoman at the foreign ministry.

Amid growing disappointment with the government, Foreign Affairs and Trade Minister Kim Sung-hwan said yesterday he will soon demand that China conduct a “thorough re-investigation” into claims that Kim was tortured by Chinese security agents.

“We will press [the Chinese government] for a thorough and strict re-investigation because our top priority is to protect our people,” he told lawmakers during a parliamentary meeting.