Eight private detective agencies were busted for illegally gaining personal information by employing various methods involving a civic worker and leaking it to their clients.

Seoul Metropolitan Police Agency put seven people in detention and booked 24 without restraint on charges of leaking about 4,000 cases of personal information such as national registration numbers and family records, authorities said Wednesday. 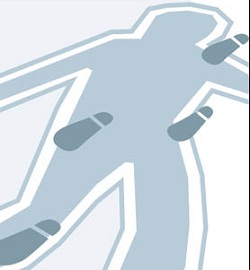 With the forged notes, the suspect had access to the requested person’s information just as a creditor could request copies of the registration records of debtors who owed more than 500,000 won ($435), before the Residents Registration Law was revised in November of last year to prohibit the practice.

Hong succeeded in stealing about 400 personal records with the forged notes, police reported. He was the manager of a private detective agency whose tasks included finding proof in a divorce case or locating a person at the request of a client.

The police said these detective agencies relied on gaining personal information to proceed with clients’ requests.

One employee at Hong’s agency, surnamed Lee, worked as a call-center operator for a mobile-phone carrier with the single purpose of garnering personal profile data.

Lee turned over 580 profiles to Hong via text message. The manager also received personal information from an insurance salesperson.

The suspects involved in illegal leaking of personal information include a civic worker, surnamed Jung, who leaked about 80 cases of personal data using his access to resident registration records to pay his debts to another manager of a detective agency, writing off 50,000 won of his debts for each profile sold.

Another civic administrator passed on personal information at the request of his younger brother, police said, who was running his own detective agency. “We are set to extend our investigation to clients as it is also illegal to request personal information,” a police official said.