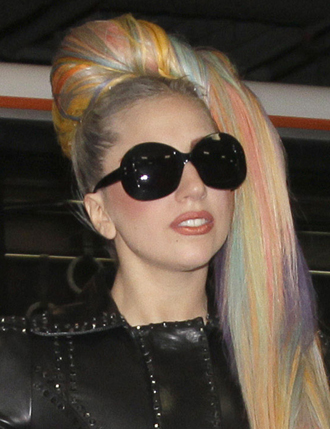 NEW YORK - Pop star Lady Gaga will make her film acting debut in the second installment of the “Machete” film franchise in a casting choice alongside the likes of Mel Gibson and Charlie Sheen, Gaga and the film’s director Robert Rodriguez said on Twitter.

Rodriguez announced the casting on Thursday on Twitter, saying, “I just finished working with @LadyGaga on @MacheteKills, she kicked SO MUCH ASS! Holy Smokes. Blown away!” and posted a link to a poster featuring the singer.

Gaga, 26, whose real name is Stefani Germanotta and whose concerts and music videos are littered with various flamboyant theatrics, confirmed on Twitter, “Yes it’s true, I will be making my debut as an actress in the amazing MACHETE KILLS BY @RODRIGUEZ IM SO EXCITED!!! AH! Filming was insane.”

Little is known about the role, which is likely to be a cameo or smaller film appearance.

The character poster featured the pop star dressed in a scantily clad outfit and a wolf wrap with smoke pouring out of a gun alongside the caption, “Lady Gaga as La Chameleon.”

Rodriguez posted a tweet in June he had also cast Charlie Sheen playing a fictional U.S. president in the film.

He directed the first “Machete” film that was released in 2010 with the “Machete” character derived from his 2001 film “Spy Kids.”

“Machete Kills” sees the character of Machete battling his way through Mexico in order to take down an arms dealer, said film Web site IMDb.com.