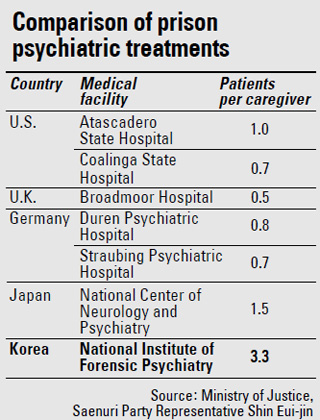 A repeat sex offender who was sentenced to life imprisonment for the rape and brutal murder of a Busan middle school girl in 2010 earnestly requested for psychiatric treatment but was denied it in prison.

“I sincerely wanted to try to receive treatment,” said Kim Kil-tae, 35, who has a history of sexual assaults since his teenage years, as quoted in an official report about his case. “I tried to speak to the doctors, but they only listened for a little bit then cut me off.”

The JoongAng Ilbo exclusively obtained the investigation report for Kim, compiled since he was arrested in September 2010 for the kidnap, rape and brutal murder of 13-year-old Lee Yu-ri who went missing Feb. 24, 2010 in the southern port city.

Lee’s body was discovered in a water tank on top of an apartment building after 11 days. 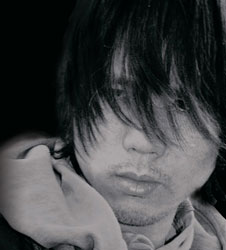 A Busan lower court originally sentenced Kim to death but an appellate court overturned the ruling and sentencing him to life imprisonment in December 2010, which was later upheld by the Supreme Court.

Since the age of 18, Kim has acted with physical and sexual violence. He has served 11 years in prison for two counts of rape and was released in 2009. It was during those 11 years that he sought psychiatric help in vain.

“At that time, I told people I heard voices in my head.” But instead of treatment, Kim was transferred to a correctional facility in Jinju, South Gyeongsang, which was supposed to have more therapy possibilities. He continued to request psychiatric treatment at Jinju. “Because I was so frustrated, I read books on the ‘soul’ and ‘possession,’ ” he said.

He was released in 2009 and a year later raped and murdered 13-year-old Lee Yu-ri.

“There is a great shortage of medical staff,” said Dr. Huh Chan-hui, 59, the head of the medical department of the Justice Ministry’s National Institute of Forensic Psychiatry between 2008 and 2010.

Huh has served as a therapist to sex offenders including Kim and prepared the report.

“They are busy diagnosing the inmates, so it is difficult to provide proper counseling.”

Huh said sex offenders may appear docile but can have a great amount of hostility within themselves.

“Society needs to increase the number of facilities for their mental rehabilitation,” he said.

The Ministry of Justice recently requested that the staff and budget for its Institute of Forensic Psychiatry be increased.

According to the ministry’s report, 1,067 inmates received psychiatric treatment at the institute this year.

The patient-to-staff ratio at the Institute of Forensic Psychiatry is 3.3 to 1.