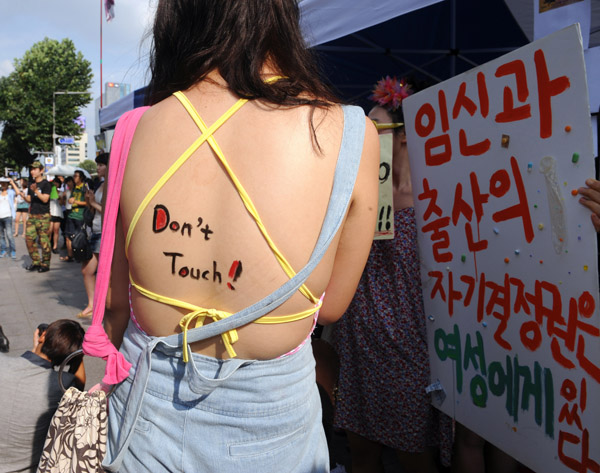 A woman participates in a SlutWalk protest in Seoul, Saturday. About 100 protesters, including men, attended the protest march amid heightening concerns about sex crimes against women and children in the country. The protest was named after the worldwide movement that began last year after a Toronto policeman suggested that women could avoid sexual assault by not dressing like a “slut.” [NEWSIS]