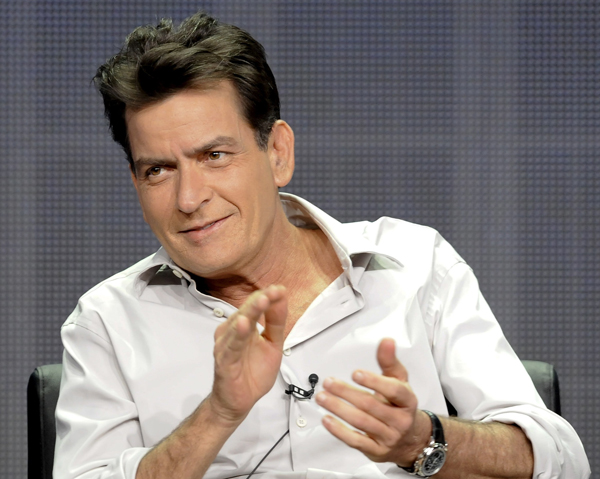 Instead, these are good days for the “Anger Management’’ star, he declares, with his FX cable TV comedy halfway through its initial 10-episode run and poised to get an order for 90 more.

Sheen told reporters Saturday that the prospect of continuing is as “exciting as hell,’’ and he added cheerily, “I don’t think 90’s gonna be enough.’’

With the expected pickup, FX plans to bring aboard Sheen’s dad, Martin Sheen, as a recurring cast member. He will play the father of Charlie Goodson, the anger-management therapist played by Charlie Sheen. The veteran movie actor, who also played President Jed Bartlet on the drama series “The West Wing,’’ is guest-starring on an “Anger Management’’ episode that airs Aug. 16.

“I think that was the best episode we did,’’ his son said.

Adding Sheen’s father to the series “will give an extra dimension and make it a multigenerational family show,’’ said FX boss John Landgraf in making the announcement.

The production schedule would call for filming a total of 100 episodes in just two years. This kind of cost-saving routine means no time for rehearsals, said executive producer Bruce Helford.

“The actors get the lines, we see the scene, the writers make changes, the actors go to makeup, cameras are blocked, we come back together and shoot the scene,’’ he explained.

At first, the cast members “felt like basically they were on the ledge. But by the third episode, everyone found the characters to the point that the writers were following their lead,’’ Helford said.

“I feel like how we started, we just scratched the surface - barely,’’ Sheen said.