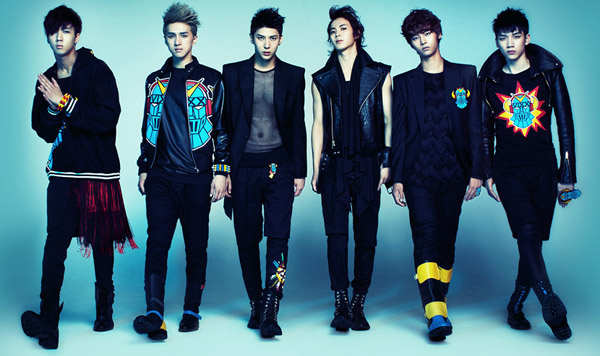 
Six-member boy band VIXX was asked to perform at Otakon, the second biggest Anime convention held in the United States.
The band became the first Korean band to perform at the event which ran from July 27 to 29 at the Baltimore Convention Center in Maryland.

Famous voice actors and directors from anime films attended the event along with fans of the art genre.

Following its performance, the K-pop newbie group also took the time to hold a fan meet and a signing event to meet its American fans.
“The U.S. representatives loved the group,” said the band’s agency. “We expect some good things for the band in the future that lies ahead.”
By Carla Sunwoo [carlasunwoo@joongang.co.kr]