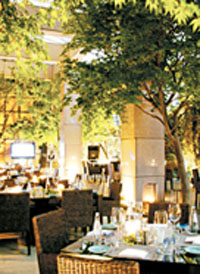 Each Friday from 7 p.m. to 8 p.m., the chef will present a whole hog barbecue. 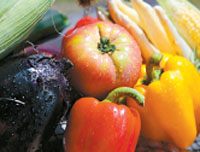 To Sept. 2: Il Ponte will host a five-course lunch and dinner promotions featuring eggplant with dishes by Chef Anita Bidini.

The price for either lunch or dinner is 69,000 won, not including tax and service charge.

Sept. 8: This year’s Oktoberfest will be held at the hotel’s Convention Center starting at 6 p.m.

Guests will enjoy unlimited Paulaner beer, potato soup, roasted pork and desserts, as well as games and dancing to the Paulaner Oktoberfest Band.

A drawing will be held for prizes including air tickets to Europe for one and Malaysia for two with accommodation and Hilton vouchers.

The promotion is 120,000 won and the price includes tax and service charges.

Sept. 28 to Oct. 3: The hotel is offering early bird discounts for Chuseok Packages purchased by the end of next month. The package includes a one night stay in a Superior Room, two movie tickets at Megabox Central and use of the fitness club and swimming pool. The price is 159,000 won, excluding tax and service charges.

Two afternoon tea set menus - the Royal English Tea Set and the Champagne Afternoon Tea Set - are available with pastries prepared by Michelin Chef Pierre Gagnaire. The patissier from Pierre Gagnaire restaurant in Paris has also worked for the luxury hotel chain Dorchester Collection and was responsible for the tea time of Dorchester London, serving more than 200 guests on a daily basis.

The Royal English Tea Set offers a choice of coffee or tea, served hot or iced and costs 35,000 won. The Champagne Afternoon Tea Set includes a glass of champagne and is priced at 45,000 won.

Prices do not include tax and service charge.