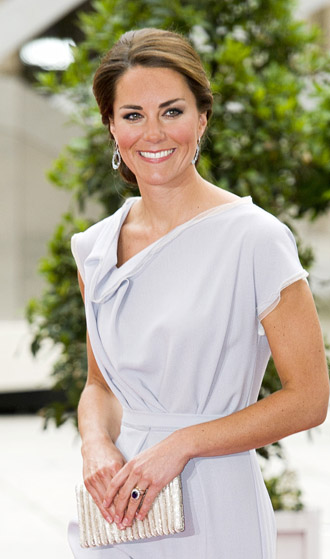 LONDON - Art was the subject but the Duchess of Cambridge was the star.

Prince William’s wife dazzled onlookers Monday as she met Prime Minister David Cameron and dozens of British artists on the fringe of the London Olympics.

Trumpeters heralded her arrival on the Royal Academy of Arts red carpet to mingle with 800 people from the British music, film, arts and entertainment industries.

The duchess tied her long hair back and wore a dove gray dress by Serbian designer Roksanda Ilincic.