‘The Hobbit’ to be split into three

‘The Hobbit’ to be split into three 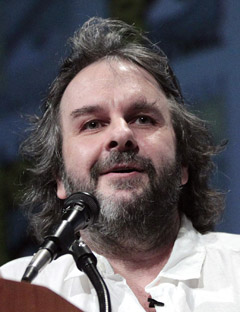 The film version of J.R.R. Tolkien’s “The Hobbit” will be split into three movies, rather than two as originally planned, New Zealand director Peter Jackson said Tuesday.

Jackson, who was responsible for the Oscar-winning adaptation of Tolkien’s “The Lord of the Rings” trilogy, said he began considering the possibility of three films after watching an early cut of the first “Hobbit” movie.

“We were really pleased with the way the story was coming together, in particular, the strength of the characters and the cast who have brought them to life,” he said on his Facebook page.

“All of which gave rise to a simple question: Do we take this chance to tell more of the tale? And the answer from our perspective as the filmmakers, and as fans, was an unreserved ‘yes.’?”

The first film, “The Hobbit: An Unexpected Journey”, will premiere in Jackson’s hometown of Wellington, New Zealand, on Nov. 28, with the second, “The Hobbit: There and Back Again”, scheduled for release in late 2013.

Jackson did not reveal the name of the third movie or its release date.

The decision to add an extra movie follows a recent Hollywood trend of splitting a single book into multiple movies to maximize box office returns from blockbuster franchises.

Jackson said the decision to make three films was possible because of the extended appendices in the Lord of the Rings, in which Tolkien adds details of the Middle Earth fantasy world in which “The Hobbit” takes place.

Actors reprising their “Lord of the Rings” roles include Ian McKellen, who returns as Gandalf, Cate Blanchett as Galadriel, Orlando Bloom as Legolas, Christopher Lee as Saruman, Elijah Wood as Frodo and Andy Serkis as Gollum.