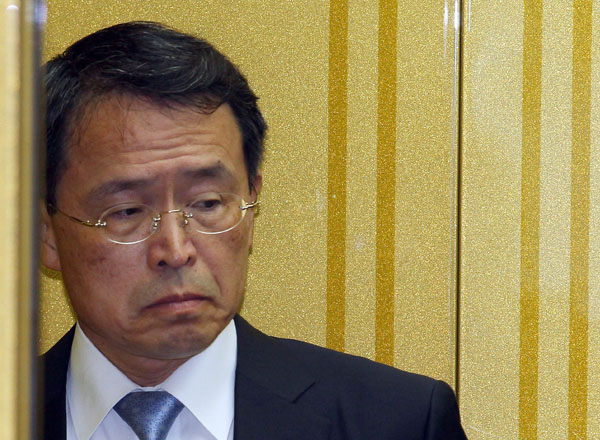 
The Japanese government renewed its sovereignty claim over Dokdo, Korea’s easternmost islets, in its 2012 defense white paper it released yesterday.

The latest reiteration by Japan is expected to further strain diplomatic ties between the two countries which have soured recently due to issues related to wartime crimes.

“The territorial issues of the Northern Territories and Takeshima, which are Japan’s own territories, remain unresolved,” the paper stated.

Japan calls Dokdo Takeshima and the Russian-controlled Kuril Islands the Northern Territories. The paper was approved at a cabinet meeting in the morning presided over by Japan’s Prime Minister Yoshihiko Noda.

In response to the approval, Seoul’s Ministry of Foreign Affairs and Trade demanded Tokyo immediately correct its claim over Dokdo.

“We strongly protest Japan’s re-inclusion of territorial claims to Dokdo, which is evidently our own territory on historical, geographical and legal grounds, in the defense white paper issued on July 31,” Foreign Ministry spokesman Cho Tai-young said at a media briefing yesterday.

Japan has included such claims in its annual defense white papers since 2005.

Earlier in the day, the foreign affairs ministry summoned Kurai Takashi, deputy mission’s chief at the Japanese Embassy in Seoul, to protest the white paper.

“The Korean government once again would like to make clear the plain fact that Dokdo is an indigenous territory of Korea over which it exercises full territorial sovereignty, and that it will not tolerate any unjust claim of Japan to the territory,” Cho said. Korea has placed a small police detachment on the islets to effectively control them.

Dokdo has long been a thorny issue in the relations between Korea and Japan. Korea rejects Japan’s claim to Dokdo because the country gained its independence from Japanese colonial rule from 1910 to 1945 and therefore reclaimed sovereignty over its territories. Japan, however, officially sees the islets as part of its land.

Seoul’s Ministry of National Defense also strongly protested yesterday’s white paper by releasing a statement saying, “Unless the Japanese government gives up its sovereign claims to Dokdo islets, there will be no forward-looking development in Korea-Japan military ties.”

It also called in Tsunehiro Yanagida, defense attache at the Japanese Embassy in Seoul, to the ministry and lodged a protest.

“We expressed deep regret,” said a defense ministry official. “And Mr. Yanagida responded by saying that he fully understood Korea’s position and said he will report it to his country.”